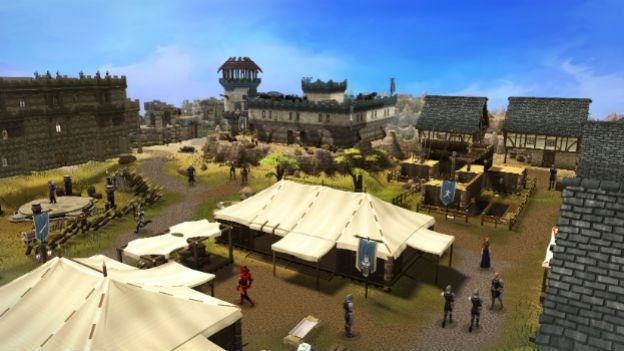 Free-to-play browser games don't come much bigger than RuneScape. Over 220 million accounts have been registered with the game since it first appeared way back in 2001.

Now the game's creators, UK-based Jagex, have launched the third installment of the franchise - giving you a perfect excuse to ignore those spreadsheets for another hour or so.

The new version has upgraded graphics, is available in five languages and has bestowed upon itself the modest title of "most ambitious online adventure experience to date."

To the uninitiated, the game takes place in a world called Gielinor and lets you swagger around meeting people, collecting items and fighting rival clans.

After some teething problems documented by Kotaku, it appears the game is now up and running, letting anyone log in and unleash their inner adventurer.

"Married to the concept of our players determining the future of RuneScape, we believe RuneScape 3 is the most ambitious game ever launched on this cutting-edge future technology and lays the foundation for our upcoming expansion onto tablets,” said Mark Gerhard, CEO of Jagex.