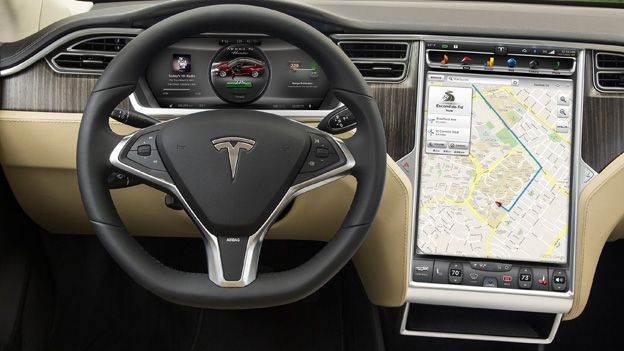 Apple may be in the process of purchasing electric car maker Tesla.

It also claims that Musk “probably” met with Apple chief executive Tim Cook at Apple's headquarters. It does not say at what point last year the three met, nor did it reveal the source of the claims.

“While a megadeal has yet to emerge (for all of its cash, Apple still plays hardball on valuation), such a high-level meeting between the two Silicon Valley giants involving their top dealmakers suggests Apple was very much interested in buying the electric car pioneer,” the report said.

This of course isn't the first time an Apple-led acquisition of Tesla has been mooted. Last year, an analyst at German investment bank Berenberg wrote an open letter to the bosses of both companies.

In it, Adnaan Ahmad said that acquiring Tesla would give Apple the long-term revenues that smartphones and tablets will not.

“I know this is radical and potentially 'transformative', but this would radically alter Apple's growth profile,” he wrote. “In Elon Musk, you could strike up a partnership and obtain a new iconic partner to lead Apple's innovation drive.”

Apple has increasingly worked with the car industry in recent months. In particular, it has pushed Siri integration with car makers in an attempt to block similar deals between major marques and rivals Android and Microsoft.

Both companies have declined to comment on the story.