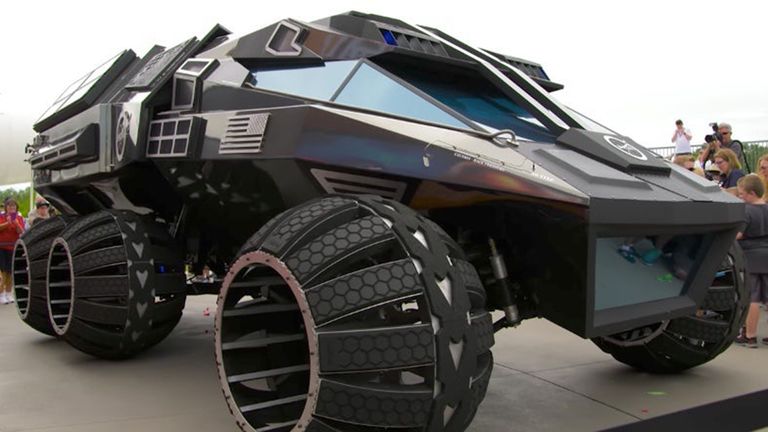 When you make a car to drive on another planet it’s got to be pretty badass and this latest concept vehicle built for Nasa is exactly that.

This is a vehicle created to show just what could be driven on the red soil of Mars in our near future. The badass black finish is likely to scare off any would be martian aggressors. Okay, we made that bit up but this next bit is real.

The 24-foot vehicle is made up of two sections which can detach and work independently of each other. The front can drive off and be directed by GPS navigation while staying in communication via its built-in radio system. The rear section is actually a mobile laboratory which can be set up where needed - ideal for testing soil samples in the hunt for water, for example.

This badass rover is driven by an electric motor and 700-volt battery which is charged by the sun using solar panels. The six spherical wheels aren’t just designed to look badass, they offer optimal traction on both rock and sand plus feature slats to stop getting bogged down.

The manned Mars rover concept was built by the same Parker Brothers Concepts that brought us the Tron light cycle concept. It will be on display at the Kennedy Space Center  Visitors Complex throughout this year’s Summer of Mars event.

These are all the missions planning to take humans to Mars