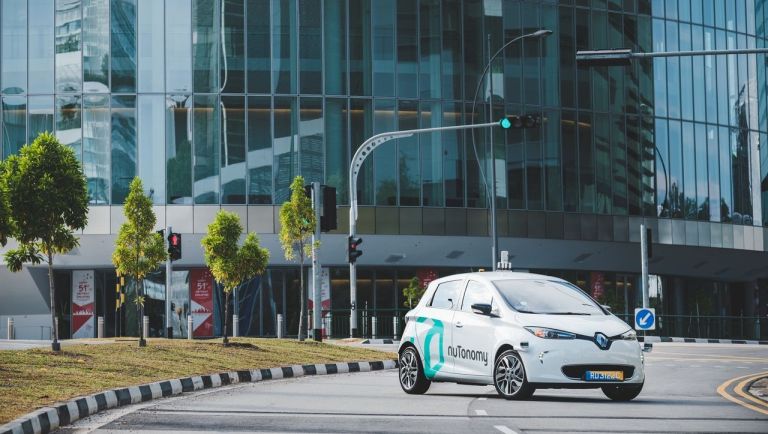 Planning to make to trip to Singapore any time soon? Then there's a good chance the next time you hail a cab you might be slipping into a driverless taxi. Starting today, nuTonomy will offer rides to Singapore residents in specially equipped Mitsubishi i-MiEV or Renault Zoe electric vehicles.

Much like previous tests conducted by Uber and the like, nuTonomy won't be sending out its taxis without supervision, at least not yet anyway. Each operating taxi will have a qulified engineer in the driver's seat to monitor its performance, who will step in to assume control should its progress go a little awry.

The testing phase will operate with a 2.5 square mile zone and will be free to residents and users for a limited time as the firm tests how well its self-autonomous vehicles and AI perform in a real-world scenario.

With 5.5 million residents in the region, the new scheme is aiming to help reduce congestion in a city that's already choked up with motorists. nuTonomy isn't the only firm working on self-driving cars in Singapore - Delphi also has its own scheme planned for the city, but it appears nuTonomy is moving at the faster pace with a planned full rollout for 2018.

Only a few dozen residents have signed up to the scheme so far, but the firm is confident it will be pulling in plenty more as word of mouth of its performance starts to spread.

Why not check out: T3 Drives: Toyota's indestructible Hilux is now more modern than ever