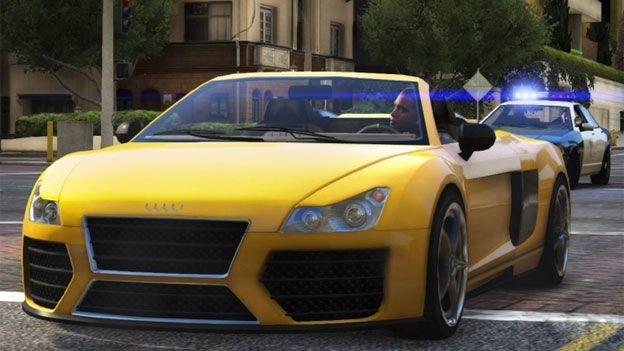 The digital version of Grand Theft Auto 5 is finally available for download on the Xbox 360, over a month since PS3 owners first got their mitts on it.

Grand Theft Auto 5 is now available for download on the Xbox 360. The digital-only version of Rockstar's heist simulator has been out on the PS3 since launch over a month ago, but has only just found its way to Microsoft's console.

But be warned. The digital-only version on the PS3 has suffered some playability issues. Because the game is so hungry for data streaming, it exceeds the maximum load speeds of the PS3's hard drive. The result? Buildings pop up as they come into view on the horizon, tarring the gaming experience somewhat.

It's too early to tell if the digital-only version on the Xbox 360 suffers these same issues. But it's quite likely, so it's worth bearing in mind before you shell out £50.

So why doesn't the disc version of the game have the same problem? It installs part of the game to the hard drive, and loads from both it and the disc while you're playing, making for a much slicker experience.

GTA 5 went on sale last month. It's the fastest-selling video game of all time, according to Amazon. It should make its way to PC next year.