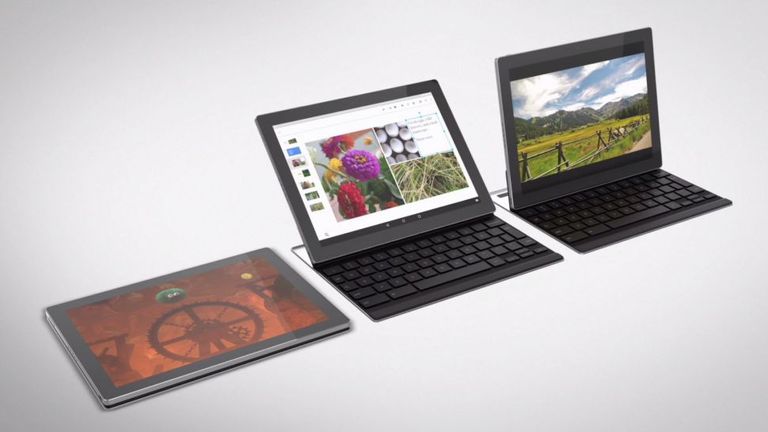 Google has unveiled its first ever stab at the tablet market in the shape of the Pixel C that is ready to take on the likes of Apple and Microsoft.

The new tablet, which was unveiled last night, features a 10-inch display and comes with a full-size keyboard that connects to the tablet magnetically and pitches it against the Microsoft Surface and Apple iPad Pro.

Whilst this certainly isn't the first time a Google-branded slate has hit the marketplace, the Pixel-C is different as it has been designed and built entirely by Google and not by one of its partners like HTC and Asus.

The “innovative” full-size keyboard connects up to the tablet magnetically instead of using a dock and has some nifty tech on board that can charge up the Pixel C tablet when it has been closed to a laptop-esque clamshell position.

Delving further into the limited spec provided, the Pixel C rather surprisingly comes with Android 6.0 Marshmallow when many would have expected it to have Chrome OS and the only two storage options are 32GB and 64GB.

Google has also added a USB Type-C connector to the show and this offers plenty of opportunities when it comes to power, data and external displays. With the new Nexus 5X and Nexus 6P also sporting the same connection, Google has thrown its full weight behind the connection standard.