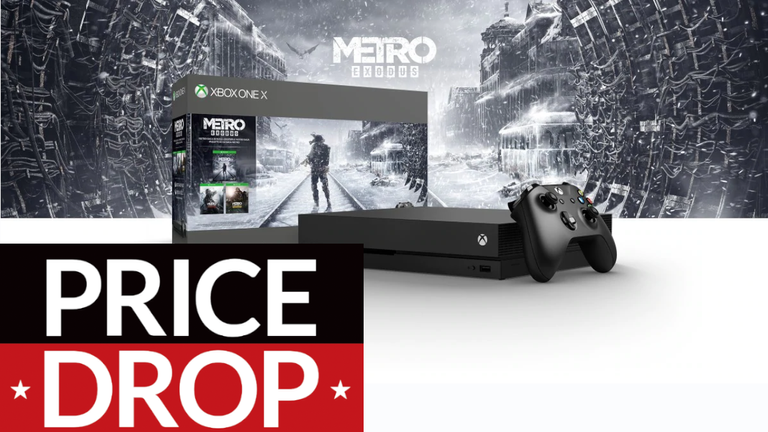 Microsoft is currently offering £70 off a few select Xbox One X console bundles, which is a rarity, and with the most powerful console of this generation holding its price as a general rule, whenever you see a price drop, it's worth taking the leap and splashing out if you've been contemplating picking one up.

Undercutting Amazon by offering a 15% discount, you can grab yourself a 1TB Xbox One X console bundled with either Fallout 76, battle royale shooter PUBG, or the entirety of the Metro saga. The latter is our pick given the value of the games you'll be getting, and the fact that we ranked the latest in the series – Metro Exodus – as one of the best games to play this generation.

1TB Xbox One X console + Metro 2033 Redux, Metro: Last Light Redux, and Metro Exodus | £379 at Microsoft Store
A price this low is a rare sight to see on the official Microsoft store, especially when the console is bundled with all three of the games in the post-apocalyptic, Dmitry Glukhovsky-inspired series. You won't find it cheaper anywhere else right now. View Deal

Of course, you can opt to make the most of the discount and grab one of the two other bundles on offer, but you'll get a lot more out of our pick which gives you three games to play through that have all reviewed very well historically

Whatever your choice, Microsoft is also throwing in a one-month trial of Xbox Game Pass as well a 14-day trial of Xbox Live Gold, meaning you can explore a huge library of digital titles and not have to worry about running out of download space with that giant 1TB hard drive.