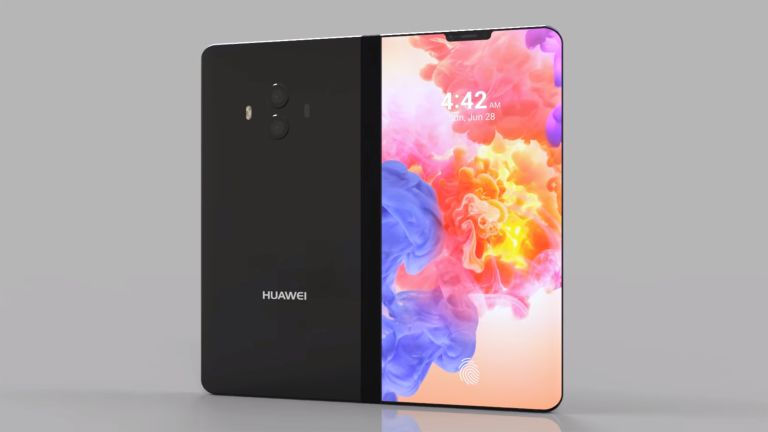 We're fresh out of the 12 September Apple event which saw the company bring welcome improvements to its iPhone range with the new iPhone XS and XR, but Huawei has confirmed that its planning something rather more radical than Apple's iterative updates: a folding smartphone.

Speaking to German newspaper Die Welt, Huawei CEO Richard Yu asked: "Why are you still using a computer? Probably because the smartphone display is too small for you."

He went on to confirm that to address this, Huawei is developing a folding phone: "We will change that. It is conceivable that a display can be folded out."

We've heard rumours before that the Chinese brand – now #2 in global smartphone sales – is planning a foldable phone, but now it's officially gone on record to confirm that it is actually developing such a thing and that we'll be able to buy one within the next 12 months. "We are already working on it. You will not even have to wait another year," Yu boomed excitedly.

This is next-level stuff, but Huawei may not have the folding phone market to itself. Samsung has been working on its own folding phone, the Galaxy X, for what feels like an eternity now, and it should be shown off in early 2019. Meanwhile, Motorola also appears to be working on a reboot of its legendary Razr.

Huawei is really shaking things up at the moment. On top of this news, the company recently confirmed to T3 that it will be bringing 5G phones to market in 2019. It also just announced the first 5G ready 7nm chip, the Kirin 980, which will power its next generation of phones.

As for Apple, it filed a patent for a folding phone back in November 2017, so that form factor is clearly in the company's sights, but we'd be very surprised to see a folding iPhone launch ahead of a folding Android.

What might the new Huawei handset look like? Take a look at the video below for one rather tasty interpretation…