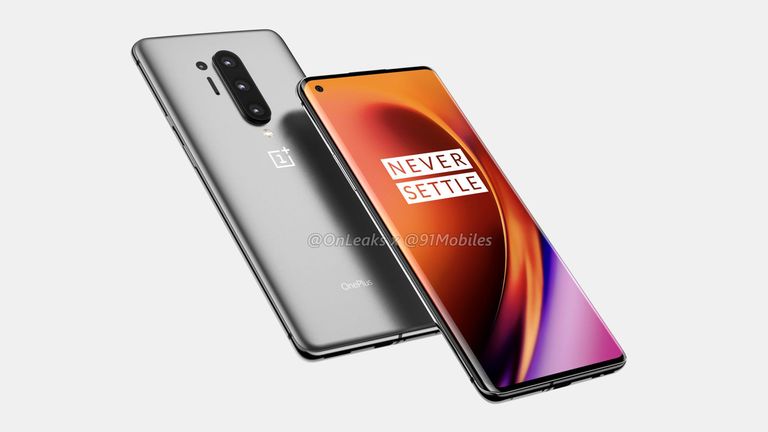 Although most of the big headlines in the tech sphere are grabbed by a few products like Samsung Galaxy S20 or the iPhone 11 Pro, OnePlus should never be counted out. The smartphone manufacturer's next flagship series, the OnePlus 8 and OnePlus 8 Pro, are due to launch this year as a direct competitor to top-end handsets like the forthcoming iPhone 12.

Until now, we weren't sure exactly when the phone would be coming. However, thanks to our sister site TechRadar, we have a much better idea as to when the phone will launch.

The site’s source close to the company claims the phone will be unveiled during the second week of April. It’s set to be a global announcement, and while no details on the devices have been revealed, it’s likely the OnePlus 8 will also be joined by the OnePlus 8 Pro (or some variation of that name), a top-end “premium” handset.

OnePlus have always excellent in delivering premium specs at an affordable price, and the OnePlus 8 looks set to deliver here too. A leaked GeekBench listing for the OnePlus 8 reveals a surprising amount of detail, with the phone said to pack a next-generation eight-core Qualcomm Snapdragon 865 processor. However, it’s only due to sport 8GB of RAM, although a OnePlus 8 Pro could add more to draw in those tempted by the Samsung Galaxy S20 Ultra and its massive 16GB capacity.

A “Lite” model, just like last generation’s Samsung Galaxy S10e or the Huawei P30 Lite, is also likely to be introduced as part of the OnePlus family. With the impending resurgence of the iPhone SE and the Huawei P40 Lite (which is actually just another reskinned phone), it seems premium mid-rangers from established brands will be something of a trend going forward in the next few years.

We’re excited to see what OnePlus has cooked up to challenge its pricier Android rivals. Although the brand doesn’t quite have the slavish following that, say, Apple might have, it’s always excelled at undercutting other smartphone brands while providing the same great quality. We hope its streak continues with the OnePlus 8 family, but we’ll only have to wait another month to find out.