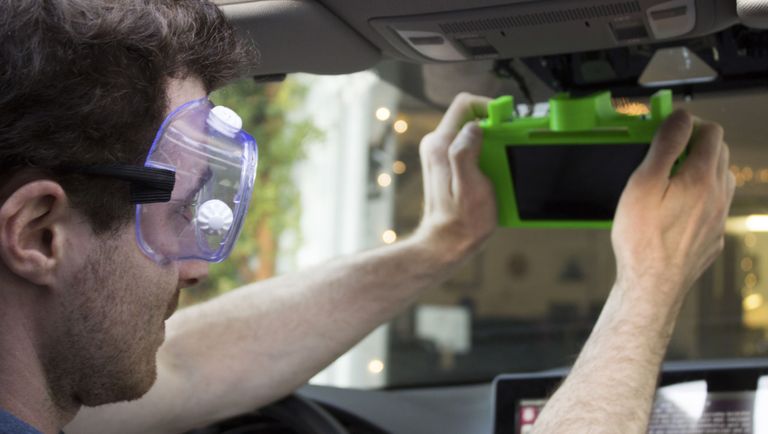 From autonomous taxis in Singapore to Google's fleet of AI-controlled motors, the world has gone self-driving mad. Thing is, all those high-tech advancements make investing in such a vehicle a pricey venture, but a new gizmo might change all that - turning your regular car into a self-driving wonder.

Comma 1, which will retail for just under $1,000, plugs into the front radar of your car, effectively taking away the need to touch the steering wheel while you're out on the road. Oh, and it's arriving before the end of the year, too.

By using that radar feature in partnership with the Comma 1's own camera, Hotz says the device will work on par with Tesla's Autopilot tech. However, not every car has front radar installed, so not every motor on the road will be able to use the Comma 1 when it arrives.

The box comes courtesy of infamous hacker turned businessman George 'Geohot' Hotz, who shot into the headlines when he became the first person to jailbreak an iPhone in 2007.

He then became the first person to breach the security of Sony's PlayStation 3 in 2010 - and even went as far as releasing how he did to the public. However, following some pretty big lawsuits, Hotz went on to work at both Facebook and Google, so it looks like he's putting all that business experience to good use.

While Hotz has confirmed the Comma 1 DIY self-driving kit will arrive in 2016, it will likely only appear in limited numbers so expect it to roll out until 2017.

Why not check out: If you get an Uber this month it could be driving itself