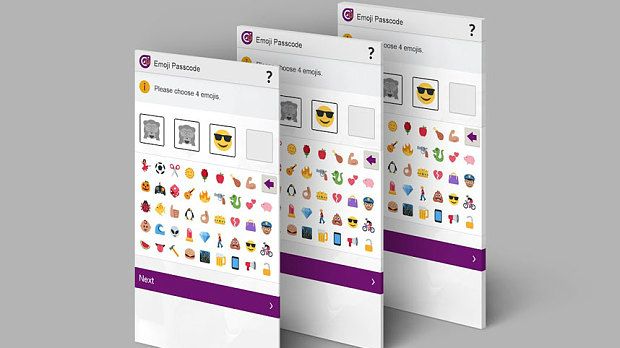 A UK technology firm has launched the world's first emoji-only passcode, allowing people to log into their banks using four emoji characters, instead of a bog-standard PIN number.

Yep you read correctly folks, this is actually being considered.

Memory expert Tony Buzan, inventor of the "Mind Map" technique, explains that the system “plays to humans' extraordinary ability to remember pictures, which is anchored in our evolutionary history.”

“We remember more information when it's in pictorial form, that's why the Emoji Passcode is better than traditional PINs.”

Intelligent Environments coined the system in response to a survey of 1,337 UK adults, which showed that nearly a third have forgotten their PINs, and one in four use the same PIN for all their cards. Talks have begun with British banks on rolling out the new tech, but it's very early days for such a game-changing concept so don't hold your breathe.

What you do you think of emoji PINs? Good or bad idea? Share your views in the comments or on the T3 Facebook page.