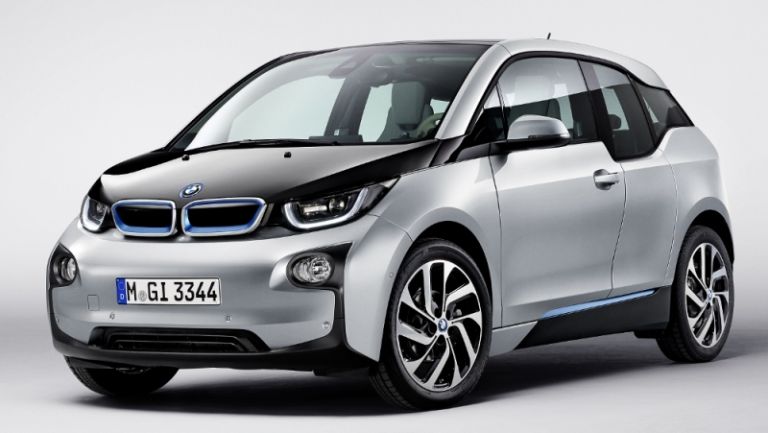 The BMW i3 driverless car is bringing the future to your wrist: by sending it orders via a smartwatch it can drop you off, find a parking spot and then drive itself to your location to pick you up once you're done.

Even the way it works sounds cool, as the BMW i3 has four frickin' laser sensors that gives the onboard computer a 360-degree view of its surroundings. The view is so detailed that the BMW i3 is able to navigate a multi-story carpark on its own, avoiding obstacles, grannies and lesser vehicles that don't come with lasers until it finds a suitable parking spot. It will then carefully manoeuvre into the parking space.

While this is happening you can leave the car and go about your day, with only the occasional fleeting worry that your ultra-expensive car has managed to run someone over or launched itself over a sudden drop.

When you want to return to the car, all you'll need to do is talk into your smartwatch. This will engage the Remote Valet Parking Assistant, which will beckon the car to drive from the parking space to the entrance of the car park, ready for your arrival.

The coolest part is this feature will calculate how long it will take you to get from your current position to the pick up area, so the BMW i3 will be there waiting for you when you arrive like a giant obedient metal dog.

Perhaps the most amazing thing about the BMW i3 is that this isn't some far fetched sci-fi dream – BMW is readying to show off this amazing autonomous car at CES 2015, which begins in just a few week's time.

The future is now: self driving cars

Self-driving cars are possibly the most exciting new technology at the moment, and could make driving easier and safer than ever. We've already had a glimpse of just how well these driverless cars perform, which shows just how much potential they have.

Only a few weeks ago Audi showed off how well its autonomous car, the RS7, can drive at high speeds. The 560-horsepower self-driving RS7 was unleashed on Germany's Hockenheimring Formula One track, reaching a top speed of 149mph. Amazingly it completed the lap in 2 minutes and 10 seconds, just 30 seconds slower than times achieved when driven by professionally trained drivers. Will this spell a trip to the Job Centre for Louis Hamilton?

The new Tesla P85D will be Tesla's most powerful ever car, with two motors and all-wheel drive. It will be able to reach 0 to 60mph in 3.2 seconds – the same time it takes for a McLaren F1.

It looks like Tesla might have taken criticisms of its electric car to heart by working hard on its efficiency. The P85D will now able to drive up to 275 miles on a single charge. Even more exciting, the new Tesla model will come with autopilot, which will help keep the car in lanes, and it will even be able to park itself.

Unlike other driverless cars, Mercedes' concept hasn't actually been built yet but it gives us a glimpse of a very exciting future.

Gorden Wagener, Head of Design at Daimler AG, recently showed off the concept claiming that 'with this visionary interior concept we are defining the luxury of the future'. The 'visionary interior' in question is a four seat design with a coffee table in the middle. The seats can be turned around to face the other passengers, letting the occupants in the car chat in comfort while the car drives itself. The windows can either show the outside world as normal, or turn into video screens to display films and TV shows. Mercedes' vision is the epitome of luxery travel.