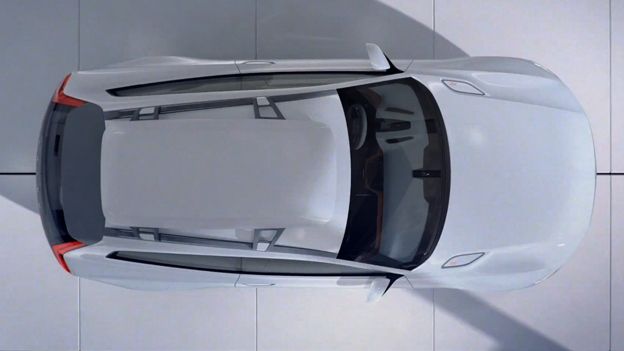 The spiritual home of the American car industry will once again be holding the Detroit Motor show with new concepts expected from Volvo, BMW and more

The Detroit Motor show has become the lead event of the year for each car manufacturer to outline their plans for the year whether it's moving into a new segment, reimagining a classic or just showing off,

Luckily this year doesn't look to be any different with new cars expected from Volvo, BMW, Audi and Toyota. Ranging from pure electric cars to the loud sports coupe, 2014 looks set to be a tale of two halves when it comes to the motoring industry.

Volvo's Concept Couple arrived in September to a tidal wave of appreciation reassuring many that Volvo's future was secure thanks to the company's continued focus on technology with a new design direction.

Now it looks like Volvo is set to continue this trend as it has just teased the first Volvo XC Coupe Concept images along with the announcement that the new car would be appearing at the Detroit Motor Show 2014.

Under the new design direction of Thomas Ingenlath the XC Coupe Concept looks set to continue the new design boasting flatter more fluid lines across the car but this time with the focus on being rugged.

Using Volvo's own Scalable Product Architecture you can expect the XC Coupe Concept to feature the same state-of-the-art tech as the Coupe Concept which means a completely digital interface inside.

You'll also find the same safety tech including pedestrian and cyclist avoidance as well as intelligent cruise control which will brake and steer to avoid an unexpected object appearing in front of the vehicle.

Ever since the Toyota Supra stopped rolling off the production line in 1998 there has been increasing talk about the famous performance coupe making a comeback.

Of course as any car manufacturer would point out, the economy hasn't exactly been shouting praises for the idea of an expensive, fuel-hungry performance coupe.

That said, news comes from Autoblog who have reportedly had conversations with people who are working on Toyota's top secret concept car and have confirmed that the company will be unveiling a high-performance hybrid concept car at the Detroit Motor Show.

There's no word on design however it would be a good bet to assume that Toyota will be using the FT-HS and their GT86 as foundations upon which to build on.

Mercedes has remained firmly at the front when it comes to in-car technology with the S-Class constantly being benchmark for the amount of gadgetry you can cram into an object with four wheels.

Now though it looks like that exclusivity is about to come to an end with the C-Class getting a revamp just in time for the Detroit Motor Show boasting a new subtler exterior and some pretty impressive technology throughout.

Boasting a large HD touchscreen display you'll be able to pinch-to-zoom and navigate using a swipe of your finger and thanks to advancements in onboard hardware you won't be getting the same laggy UI that had become common with in-car entertainment systems.

Looking like a luxury cockpit the C-Class dashboard still features analogue speed dials but also boasts a small colour display inbetween them to show essential navigation information along with other car data.

Naturally the tech doesn't stop there with AutoExpress suggesting that passengers in the rear will be treated to a myriad of smart switches which will help them change seat position, adjust climate control and more.

Despite furious efforts to keep the two new M-Series cars under wraps it now looks like leaked images of both the M3 and the M4 have surfaced thanks to AutoExpress along with a leaked video which shows what appears to be the M3 during filming for an advert.

With the M3 Coupe now becoming the M4 Coupe you'll only be able to get the new M3 as a Saloon, but fret not, it'll still come packing a whopping 430bhp thanks to a new turbo-charged staight-six engine.

Inside you'll find the interior has been given some subtle styling updates along with the widescreen colour display which will show the multimedia system.

At the moment, it's just a concept. But we presume the Detroit Motor Show will reveal more about this device when it pulls into town on January 13, 2014.