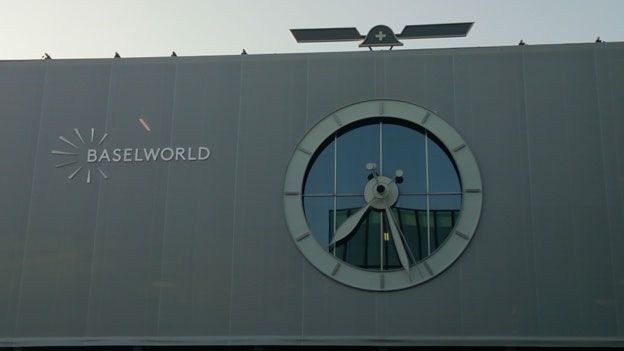 Casio says it is not overly concerned about the prospect of Apple and Samsung making smartwatch devices that could challenge its own digital-based timepieces.

Speaking to T3 at the Baselworld watch fair, representatives from Casio's Japan headquarters including the Design Manager for its Edifice watch brand said that if Apple were to make a smart watch it would actually be a good thing: “Competitiveness pushes design and that's for the benefit for the consumer. All competition is good and improves products. Better products with better user interfaces or new things and that can only help us develop. We don't worry about it to be honest. It inspires us to make better products.”

When asked what Apple and Samsung would have to get right when making a smartwatch, Casio said that it believes putting the consumer first is key: "I think that's it very important to learn from the consumer as to what they actually want. I think any company going forward wants to make sure they can develop a technology. Then they want to listen to the consumer and find out how they want to use that technology. We are in the very early process of doing that ourselves, it's something that we are very keen to push forward.”

In terms of its own smartwatch ambitions, Casio says at the moment it's focusing on Bluetooth 4.0 support which it introduced to its G-Shock watch range last year. It has not ruled out making watches more 'smartphone-friendly' and revealed that NFC was a technology particularly of interest.

Casio also hinted that with the growth of fitness tracking devices like the Nike Fuelband and Fitbit, it would not rule out adding that type of functionality in the future as well but insists that any potential device would have to maintain its analogue roots and adhere to Casio's high quality standards.

Rumours of an Apple iWatch still refuse to go away while Samsung confirmed that is working on a smartwatch device. Are you excited about the prospect of Apple and Samsung making smartwatches? Let us know in the comments section below.