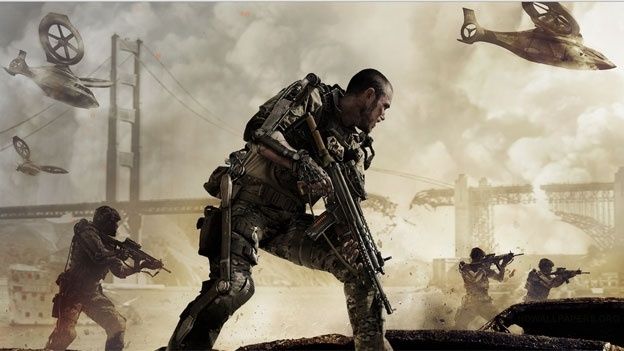 Activision has dropped the launch trailer for Call of Duty: Advanced Warfare a few weeks early, purely for your viewing pleasure.

Call of Duty: Advanced Warfare's November 4 release date is edging closer, although the folks behind the game felt that you guys deserved a sneak peak.

Activision and Sledgehammer Games have released the launch trailer for the latest CoD instalment this weekend, showcasing the same type of high-octane, explosive, non-stop action that you've come to expect from the blockbuster franchise.

Advanced Warfare takes gamers to a futuristic war-torn earth that's been devastated by a global attack. Private Military Corporation, Atlas, led by Jonathan Irons a.k.a House of Cards' Kevin Spacey, has established itself as the world's most powerful military force.

You play as Jack Mitchell, an exoskeleton-wearing solider whose part of a highly trained unit committed to restoring order.

Needless to say, the launch trailer certainly paves the way for another series hit, with a whole bunch of new toys to play with including hi-tech exosuits, hover-bikes and obviously some big ass guns.

The sheer size of Advanced Warfare is also tipped to be ground-breaking, with Sledgehammer Games founder Michael Condrey saying: "This has the scale and the scope of the equivalent of four Hollywood movies in it.”

If the launch trailer has got you all excited then you can actually go and download the game now for Xbox One, PS4 and PS3 to make sure you bag a copy, but note it will only be activated on release.

Call of Duty: Advanced Warfare will be available for Xbox One, PS4, Xbox 360, PS3 and PC on November 4.