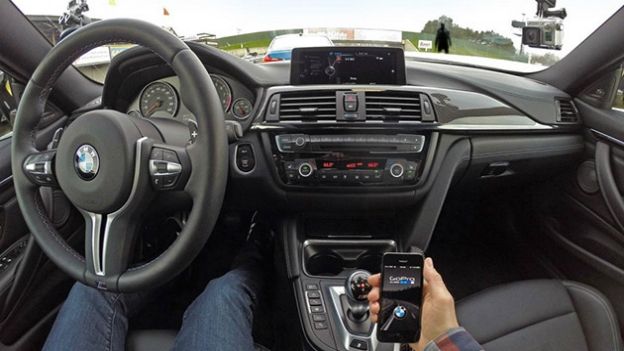 BMW and Mini owners will now be able to control a GoPro camera from the vehicle's on-board system via the new iPhone app.

BMW and Mini drivers will be able to control their GoPro cameras via the 8.8in high-resolution display that comes as an option on all new Mini vehicles and ConnectedDrive software found on BMW's iDrive centre console.

After downloading the new GoPro app from the App Store, you simply link to the centre console and away you go.

Boy racers, keen drivers and wannabe stigs will be able to shoot movies, take pictures and adjust the camera settings from inside the car using the on-board system.

You'll also be able to record in special modes which optimise image quality in various driving conditions such as low-light night driving and fast cornering.

Although there is some fine print that may affect you, for example the new integration is only available on 2012 or newer BMW and Mini models loaded with BMW Apps or Mini Connected option

The link up also only works on the GoPro Hero3+ as its Wi-Fi connected; otherwise you'll need to order the Wi-Fi BacPac for older models.

Check out some in-action footage shot using a GoPro and a BMW M3 below.