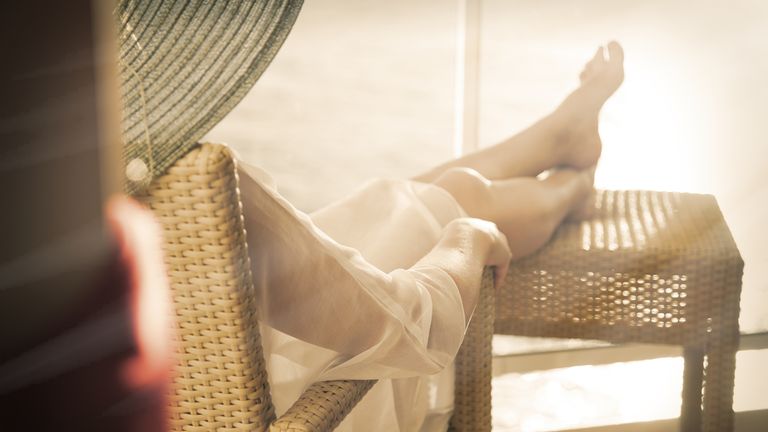 Looking for a great cruise deal? You've come to the right place. We've rounded up some of the best cruise deals you'll find online, whether you're looking for a festive winter getaway or a sizzling summer holiday.

It's important to remember cruise ships lose money on empty rooms, so most major cruise operators will offer reduced prices on last-minute bookings. That's great if you can be flexible with your days, however, most cruise operators will also offer incentives for booking well in advance, so, if you're not able to be flexible with dates (due to pesky school term times) you can still pick up a great deal.

There are two trains of thought when it comes to getting the best cruise deals, you can either book a long time in advance and get the incentives that come with it, or leave booking to the last minute and possibly pick up some more affordable prices.

Generally, cruises can be booked anywhere from 18 months in advance to one week ahead of sailing. There are pros and cons to choosing either of these methods, so it’s important to know what you’re in for.

The later you leave it, the less choice you’ll have when it comes to booking cabins, but you are more likely to save money. There are exceptions, however, and you shouldn’t expect to save money on sailings during school holidays, or during your destination’s high season.

You shouldn’t always expect massive savings when it comes to booking last minute. After all, if all cruises were half-price the week before sailing, all passengers would wait until the last minute before booking.

Instead of booking super-early or super-late, we’d suggest checking out all the deals below. If you find a cruise you want, at a price you’re happy with, book it.

Cruise deals: how to save money on your cruise

It goes without saying (but we’ll say it anyway) that the best way to get a great deal on a cruise is to travel out-of-season. That means avoiding the school holidays at all costs. Some cruise lines (such as MSC cruises) have ships in the Mediterranean all winter, which means there are always some good deals to be had on these out-of-season sailings. Similarly, in Northern Europe, cruises at the start and end of the summer season will be well priced.

Cruise lines such as P&O Cruises and Cunard have sales all year round. While these companies don’t exactly fall into the budget category, they’re well worth snapping up if you’re after a slightly more luxurious cruise and are flexible on sailing dates.

P&O Cruises usually have an excellent selection of last-minute deals for the bargain hunters, as well as early-saver fares for those looking more ahead. These are often available in-season, during school holidays, so they’re well worth checking out, especially if you’re after a cut-price cruise to Europe or the Caribbean.

Italian-themed MSC Cruises offer a range of deals for cruisers, including Deals of the Week and Last Minute breaks. These are a selection of fly-cruises at excellent prices. Likewise, Princess Cruises also offer an excellent range of Worldwide Fly-Cruises and European roundtrips at discount prices.

If you want to book an entire cruise holiday, it's worth looking at Virgin Holidays or TUI. These companies usually offer deals which include flights, hotels and the cruise, meaning your entire holiday is sorted with a single payment.

Royal Caribbean Cruise Deals | Lowest priced rooms from £195PP
Lowest priced rooms are called ‘guarantee rooms’ which simply takes the hassle out of your room selection as Royal Caribbean choose it for you. It’s usually the lowest-priced room and typically doesn’t benefit from promotions and offers. Instead, you get a great room (in the Interior, Ocean View, Balcony or Suite categories), and are guaranteed at least the category you’ve booked. Royal Caribbean will confirm your cabin number and deck, a little later on which happens between full payment being made and before the sailing departs. Over 570 rooms currently listed. View Deal

P&O Cruise Deals | Last-minute cruise deals and savings on 2021/22 | 12-nights in the Canary Islands for £1,149
P&O offer a range of cruise deals to destinations all over the world. Current deals include a 5% low deposit, 7-nights around Europe for £449PP, and great discounts on cruises around the Caribbean. P&O are also offering excellent deals for 2021/22 cruises, with a 10-percent saving per guest, and extra guests from just £99.View Deal

Princess Cruise Deals | Round-trip sailings from Southampton and Fly-Cruise holidays | Caribbean from £489
Princess Cruises has a selection of great deals which are updated weekly. You'll find offers on Mediterranean Cruises, Caribbean Cruises, Alaska Cruises, Far East Cruises and more. Book fast though, deals run out quickly and once they're gone, they're gone.View Deal

Princess Cruise Deals | Free stateroom upgrade
Book your 2020 or 2021 cruise before the 31 October and receive a free upgrade to a balcony or mini-suite on selected ships. If you're planning a cruise in the next few years, this deal really is unmissable. View Deal

MSC Cruise Deals | Flash sale cruises from £249
MSC has Last Minute Offers, special rates for families and children, and promotions on Grand Voyages cruises. You can choose from a wide range of destinations, including the Sunny Greek islands, the breathtaking scenery of the Norwegian fjords, the turquoise water of the Caribbean, or the opulence of Dubai.View Deal

MSC Cruise Deals | Last-minute cruises from £359
Discover the Mediterranean, Emirates, Caribbean and MSC Grand Voyages at affordable prices by taking advantage of some of the best last-minute offers from MSC Cruises. There are currently (at the . time of writing) just 23 Itineraries available, so act fast.View Deal

Fred. Olsen Deals | Great value cruise deals from £649PP
Fred. Olsen regularly updates its list of cruise deals, so there’s always a fantastic selection of great value cruises. This company tends to have smaller, friendlier cruise ships, and are ideal if you want a peaceful, relaxing holiday. Watch out for deals throughout the year.View Deal

Fred. Olsen Deals | Last Minute Cruise Deals from £249PP
With an array of exciting, great value last-minute sailings available, a relaxing late getaway could be closer than you think. All of these cruises depart within nine weeks, and all are from UK ports. View Deal

Virgin Holiday Cruise Deals | Fantastic offers on hundreds of selected cruises
Virgin Holidays offer a number cruises at great prices. These are often combined with flights and nights in a hotel, making the entire trip outstanding value. You can pick up deals on cruises from Carnival, Cunard, Royal Carribean, Norwegian, and more.View Deal

TUI Cruise Deals | Last-minute cruise deals from £557 (including flights)
Whether you're looking to book a last-minute winter cruise or next year's summer holiday, TUI has you covered with a massive selection of cruise deals. These deals usually also include flights, taking the stress out of booking.View Deal