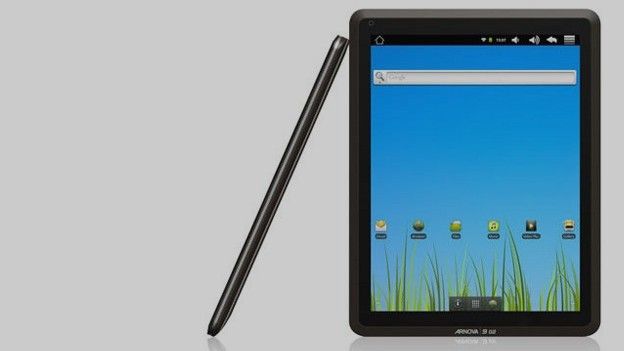 While it may lack in some areas, the G2 presents an interesting proposition, what happens when you merge Gingerbread with a high-res screen..

Archos has unveiled the Archos 9 G2 Android tablet which offers you the conundrum of a budget tablet but with a suprisingly mixed bag in terms of specs.

Starting with the not-so-impressive specs you've got Android Gingerbread onboard, so no Honeycomb and definitely no Android Ice Cream Sandwich and because it's a budget tablet it's unlikely to have access to the Android Market.

That's the worst bit over because what you'll get hardware-wise is a 1GHz ARM 8 processor and a 9.7inch 1024x768 IPS display which will output the same resolution as the Apple iPad 2. It's also not half bad to look at with a very small bezel giving the appearance of a larger screen while it's actually fairly thin as well and because of the relatively low-spec OS it should be fairly nippy as well, but don't take our word on it.

No word on when Archos will bring this tablet out but as a budget tablet it's certainly a definite contender, what do you think? Let us know via the comments box below...