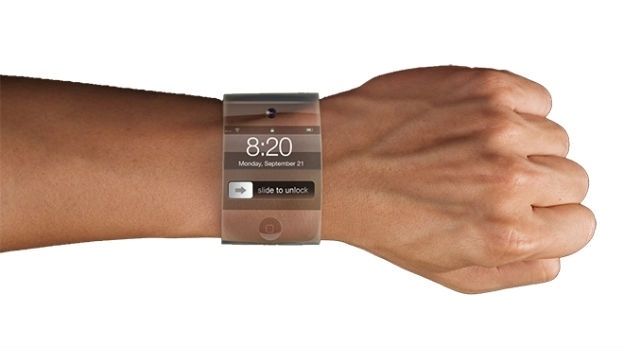 Our first look at the long-awaited Apple iWatch might be just around the corner, but a consumer hands-on might not be so imminent...

While it's collectively assured by tech rumourers that Apple's upcoming iWatch will be debuting next week alongside the scaled-up iPhone 6, it might not actually hit shelves until 2015.

The news comes courtesy of Recode, whose 'sources in position to know' reckon the smartwatch won't retail 'until after the holiday season'.

The site tips early 2015 as the likely landing date, which is depressing news for those who would've liked to snag an iWatch in time for Santa's chimney descent.

On the bright side, you'll be able trade in all those unwanted crimbo goodies and snap up a fruity wearable tout de suite after New Years.

Recode notes that the first iPhone didn't ship for six months after its initial unveiling, though it's unlikely Apple's smartwatch will tout such a lengthy launch process.

The grapevine incarnate that is Recode also revealed that Apple has been considering a high-end $400 (£240) mark-up for the iWatch for the top model.

The article in question also suggests that there'll be a variety of models on show from Apple, all retailing at various price points.

Check out our full list of iWatch rumours right here on T3.com.