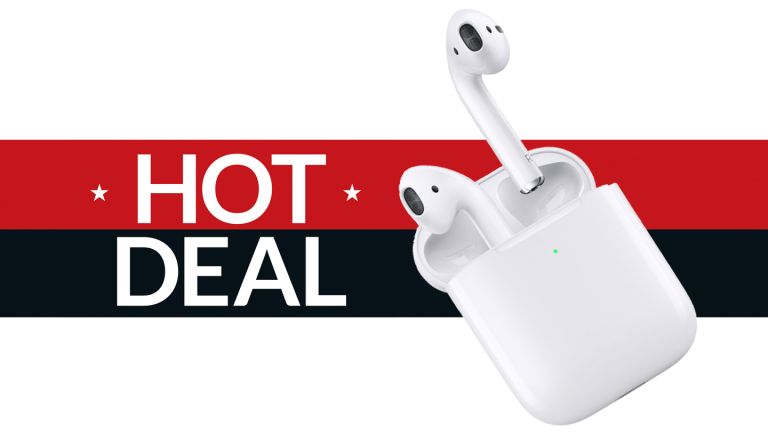 Apple's AirPods 2 are to iPhone owners what fine wine is to gourmet cheese — a match made in heaven. Just like a good bottle of Bordeaux, though, they don't come cheap. Usually. That's because Amazon has knocked a thrifty £30 off the latest Pods, dropping them down to just £169 — and we don't have to tell you how rare it is to find a discount on one of brand's current, let alone best-selling, products.

Touted as the world's most popular true wireless headphones, the AirPods 2 are as simple as they are functional and elegant. Just pop a pair in your ears, and they'll automatically start playing music right from your iPhone. Need to send a text? Just mumble they usual "Hey, Siri!" command and they'll fire up the assistant — no hands required. Need to place a call? Siri can do that, too. And lots, lots more.

Being the second-generation model of AirPods, the AirPods 2 improve on a number of its predecessor's shortcomings. For starters, there's the aforementioned "Hey, Siri!" command (on the old version, you had to tap the Pods to launch the voice assistant). They also come with a fancy new Wireless Charging Case that plays nice with any Qi-compatible pad, and tout an improved battery life of up to five hours.

The Charging Case holds enough charge for more than 24 hours of additional listening time. You will have to keep popping the Pods in, though — again, they only hold five hours' worth of power. But that's not as inconvenient as it sounds; the AirPods pull enough juice for three hours of listening from a 15-minute charge, so if you're out and they happen to die, a five-minute stint will see them through an hour of use.