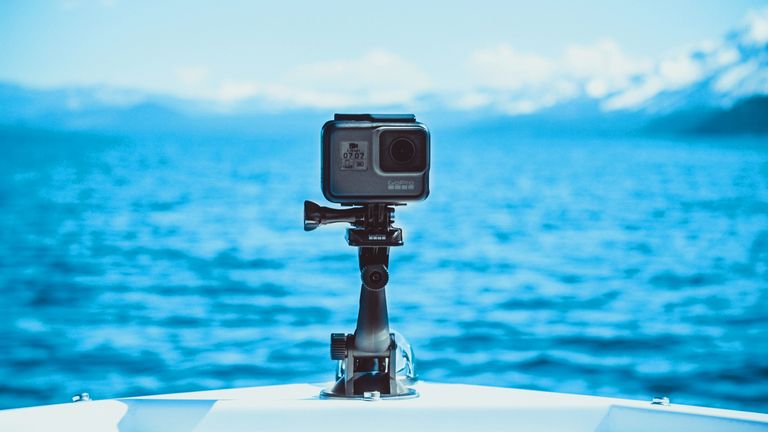 The latest redesign to the best-selling GoPro Hero range has surfaced online weeks before it's scheduled to be unveiled at the Californian company's next media event.

Based on the latest leak, the biggest twist on the formula this time around is a brand-new range of accessories that attach to the top of the camera unit and bring a range of new capabilities. One GoPro Hero 8 is shown with an LED flashlight strapped when filming in low-light conditions – like potholing, or at night. Another has a front-facing screen, so the camera owners can line-up the shot like a selfie, and there are also rumours of an external microphone for better audio quality.

The leaked images, which come courtesy of Photo Rumors, arrive with some leaked details about the capabilities of the cameras themselves. If accurate, GoPro looks set to double the maximum frame rate of its predecessor – up to 60 frames-per-second in Ultra HD, and 480 frames-per-second slow-motion in 1080p HD.

Like its predecessor, GoPro Hero 8 will have a water resistant design – even without the case, so you'll be able to dive into the sea, swimming pool, run in the rain, and more, without any fear of damaging the hardware.

Elsewhere, the new leak hints at what we can expect from GoPro Max – the first 360-degree camera from the company since its GoPro Fusion 360 camera back in 2017.

With more social networks now supporting the 360-degree video format, GoPro could enjoy your success this time around. Of course, as always it's worth taking all of this with the prescribed pinch of salt. After all, plans change and nothing is certain until GoPro itself announces the new hardware.