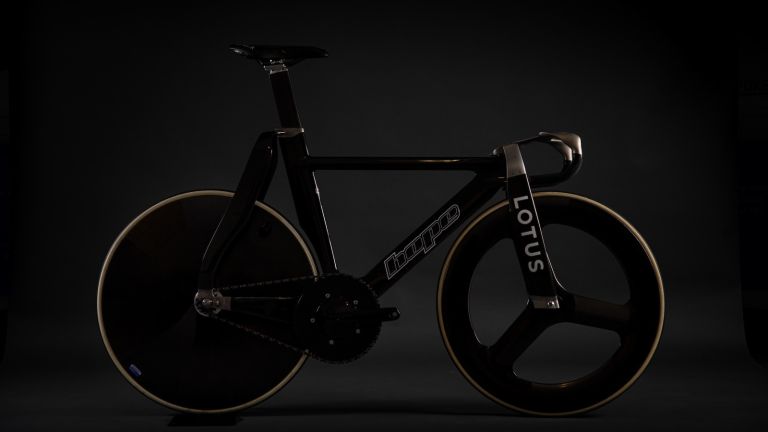 What happens when the top minds and tech companies in a nation are all interested in the same goal? They create wonders like the cutting edge new track bike that the Great Britain squad will ride in the 2020 Olympics.

Collaboratively developed by component manufacturer Hope Technology, and recognised automotive consultancy Lotus Engineering with the help of engineering giant Renishaw work on the new bike has been taking place in all corners of the country.

Tony Purnell, head of technology for the Great Britain Cycling Team, said: “It’s a dream team of engineering prowess - Hope Technology bring high quality manufacturing standards and Lotus Engineering is renowned for lightweight design and outstanding aerodynamic efficiency. Both supported and advised by additive manufacturing experts Renishaw, who have ensured that Lotus and Hope have access to the most modern and fastest turnaround process from design to usable pieces".

”The bike first has to be ridden during the 2019/2020 Tissot UCI Track Cycling World Cup series by the Great Britain Cycling Team - first at the Minsk Arena Velodrome this weekend (1 - 3 November).

British fans will then be able to see the bike for themselves on home soil just one week later (8 - 10 November) at the Sir Chris Hoy Velodrome in Glasgow, where no less than six Olympic medallists have been named in the Great Britain Cycling Team squad.

• You can still buy tickets for the Glasgow event on Ticketmaster

Matt Parker, Director of Performance Innovation at the English Institute of Sport, added: “This innovative new bike underlines the incredible design and engineering capability we have in this country. The realisation of this new design in time for the pre Tokyo 2020 track season is testament to the hard work and passion of Hope Technology, Lotus Engineering and Renishaw, and the great knowledge and experience within British Cycling and the English Institute of Sport."

This project marks the second time the national governing body for cycling in Great Britain has linked up with Lotus Engineering on an Olympic track bike. The Lotus Type 108 was ridden to Olympic glory by former racing cyclist turned walking and cycling commissioner Chris Boardman in the individual pursuit at the Barcelona Olympics in 1992.

It is one of the most iconic bikes in the history of cycling, featuring an advanced aerofoil cross-section and a monocoque carbon frame to minimise weight and maximise aerodynamic performance.

Stephen Park OBE, Performance Director for the Great Britain Cycling Team, added: “The feedback from riders and coaches in testing so far has been positive, and we are looking forward to the Minsk and Glasgow rounds of the UCI Track Cycling World Cup series as opportunities to further evaluate and refine the bike. The bike forms just one part of the world-class support we are able to offer our riders across all of the Olympic and Paralympic cycling disciplines as our focus narrows on Tokyo 2020.”

The Glasgow round of the TISSOT UCI Track Cycling World Cup takes place at the Sir Chris Hoy Velodrome from 8 - 10 November. A limited number of tickets are still available for the event, which will once again see para-cycling events take place on the first evening of competition.

• You can still buy tickets for the Glasgow event on Ticketmaster