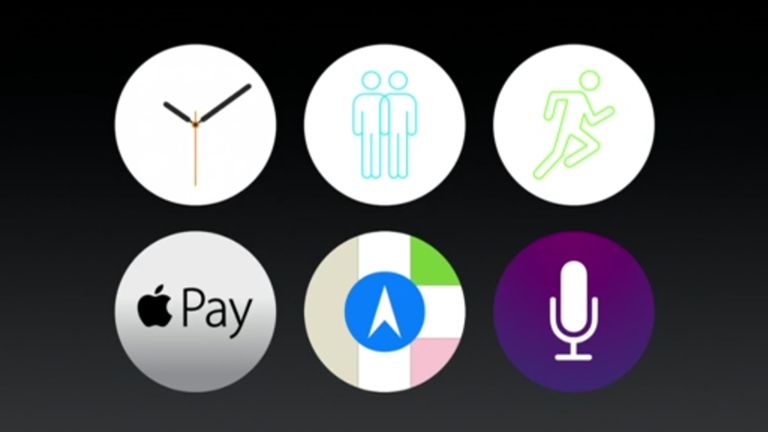 Will it be more iPhones and iPads, or a car and a VR helmet? We spoke to seasoned Apple-followers about what they hope to see from Cupertino.

I really want to see a strong focus on making everything work together better than ever - if there is a new iPad Pro, Apple TV and three variants of the iPhone, then we need to see them all interconnected with the Macs and Apple Watch in new and innovative ways.

I really don't want to see a car, as the focus would be taken off the iPhones being announced - and we need a separate event if Apple goes big in the car world.

While niche, an amazing thing would be Apple getting into 4K in a big way. Finding a brilliant way to record and save it, and show real innovation in what users can do with that hyper-real video once it's captured.

Android support for the Apple Watch. Google has recently let Android Wear owners link their wearables to an iOS device, so it's only right the Cupertino firm returns the favour. If it can also unlock some of the additional features for Android Wear users on iOS too, that would be just swell.

I'd also really like to see a brand new iPhone range, including a 'C' and a 'Plus', rather than incremental upgrades where Apple coos about a slightly thinner body and a step change in processing power.

Forget the phone, the tablet and the watch. I just want Apple TV to be done properly. Smart TV is still so half-arsed - some apps are great, others missing, others on different platforms. And Apple TV has to take some share of the blame here; it has been eight years since the first box! But people have shown they want their apps on the screen; that's why Chromecast has been so successful. And there's no reason why we can't have an ecosystem featuring iOS-style apps so we can get stuff like BBC iPlayer on the box and be able to do relatively simple stuff like display pictures from our cloud photo storage app of choice.

Could Apple perhaps finally get its act together with some proper living room gaming support? For years we've heard everyone talk about how iOS devices have killed the handheld games console, but that's only partially true. Sure, your nan may be playing Threes, but a wave of excellent Nintendo 3DS games and the instant library of PS Plus titles on Vita have kept the dedicated handheld just off of life support. The final nail in the coffin should have been the iOS 7 gamepad API, but Apple never really seemed all that keen on pushing it in a meaningful way.

Could that change with the rumoured 2015 Apple TV revision? Streaming isn't exactly pioneering stuff anymore, so a faster box will need more than just video apps to impress. The touted touch-sensitive remote could easily mimic iOS touchscreen presses for games, and Apple's attention to detail could deliver a level of console-quality polish that the Android set-top gaming boxes have uniformly failed to offer. There's definitely enough top-notch dev support on the gaming side of the App Store, and cross-play support from iOS to Apple TV devices could really put a squeeze on gaming's established living room dominators.

Slowly but surely, Apple has been piecing together a respectable smart home ecosystem, and at this autumn's launch event, we want to see the puzzle finally take shape in a meaningful way. The key to this is likely to be the rumoured Apple TV, which should be more than just a simple streaming box. Supporting Apple's home automation platform, HomeKit, it needs to serve as a kind of intelligent router for all your connected home devices - a bit like the SmartThings hub we saw Samsung unveil at IFA. We'd also like to see an iPad Pro and a 2-in-1 MacBook Air/iPad hybrid, but this just isn't going to happen. As a single company competing for market share against pretty much every other tech manufacturer out there, firm product segmentation is in Apple's best interests, even if it doesn't necessarily benefit the end user.

Apple is becoming increasingly obsessed by producing content. People scoffed at Apple being able to offer good content on radio, but the success of Beats 1 in driving interest in Apple Music shouldn't be underestimated. A new Apple TV, with Siri search and an App Store, paves the way for Apple to offer a fully-fledged video service in the near future. It went after Spotify with Apple Music and now surely the targets are set on Netflix too. And Netflix excels at producing original content, I'd like to see Apple explore this but it's more about the deals it can do with the major networks.

On the iOS side, I'd like to see Force Touch cut out many of the steps it takes to find some options in iOS. With the iOS 9 beta it's hard to see what the 6s might do differently menu-wise (presumable Force Touch options would be overlays like they are on the Watch), but Force Touch options may prove to be timesavers and could it put an end to the Home button in future iPhones?

With the prospective launch of the new Apple TV I want to see a more powerful, more aware device. With the rumoured introduction of iOS 9 as the device's platform of choice I want to be able to chat to Siri - via the funky new remote - and for her to go through all the hoops to find me the content I want to watch.

If the actual Apple TV is able to find me the best place to watch the next episode of my favourite show, without me having to trawl through layers of obfuscating app menus, then that would make me a happy punter.

Now why not read: Our experts pick their favourite Apple events