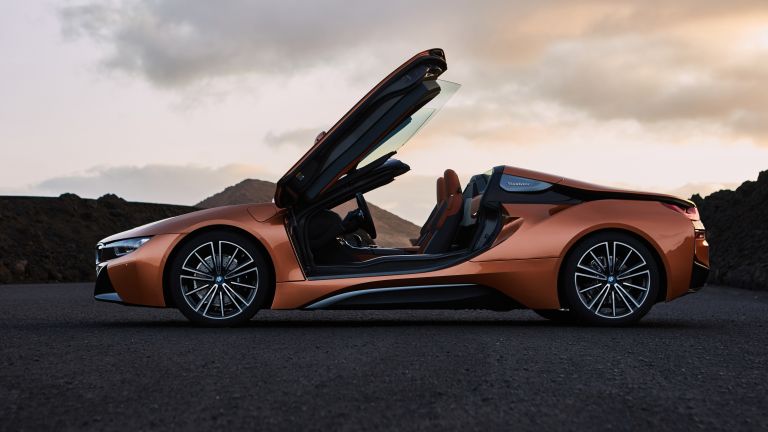 It's not surprising that the land of sun, sea, and celebrities, also brings us one of the more luxurious, SUV-laden, and electric motor shows in the calendar.

Where Geneva is a platform for supercars to strut their stuff and Frankfurt is an arena for the German giants to do battle, LA is a slightly smaller show so more niche models.

With electrification, hybrid powertrains and luxury updates very much the flavour of the show, this year's Los Angeles extravaganza is full of glitz and glamour.

Check out our favourite cars announced at the show:

The Wrangler has always been one of my favourite cars, but this new model announced this week has deeply impressed us. Jeep have retained the awesome rugged looks, but packed it with a new hybrid engine, which should keep those pesky emissions down, and given the inside a refresh as well. We fully approve, and can't wait to get behind the wheel.

On a completely different note to the Jeep, BMW unveiled the i8 Roadster, adding a touch of open-air glamour to the sporty hybrid's appeal. It'll look perfect blazing along the sun-drenched California coastline. The roof, which consists of a large fabric panel and integrated header rails, can open in just 15 seconds at speeds up to 31mph.

The i8 Roadster arrives with 369 BHP, and the standard i8 has been updated to match that.

Range Rover has taken luxury to the extreme with the SVAutobiography LWB. The Long Wheelbase model provides rear passengers with 1.2 metres of legroom and seats that can recline by 40 degrees. Oh, and those seats also feature a hot stone massage function.

Passengers can close the door with a button, and upfront, the driver can control everything on Land Rover's new dual-screen infotainment system, first seen on the Velar.

Perhaps the epitome of Hollywood style, Mercedes wowed the crowds with the new CLS. The updated exterior styling looks great, but it's the interior where all the magic is, with luxurious touches abound.

The new petrol engine will usher in electric boosting via an integrated starter motor (a first for Mercedes), and a 450bhp CLS53 AMG variant is expected next year.

A small update for the Mazda 6. It doesn't look too different from the old one (which is no bad thing), but Mazda have focused on improving how it rides and steers. With improved seats as well, it should be a much more comfortable car to drive.

Making its first public debut, the Aston Martin Vantage stunned crowds with its bright paintwork. It's fierce and aggressive, and will hopefully be a big seller for the British marque.

Okay, the Project 8 isn't new, it was first unveiled at Goodwood Festival of Speed earlier in the year, but Jaguar has announced it just set the new lap record for a four-door car around the Nurburgring Nordschleife

Lexus has unleashed another SUV on the world. The RX L is a seven-seat version of Lexus' rather impressive larger SUV. It'll rival the Range Rover and BMW X7. It comes with two powertrains, a 3.5-litre V6 engine producing 290bhp, or the V^ mated with two electric motors to produce 308bhp.