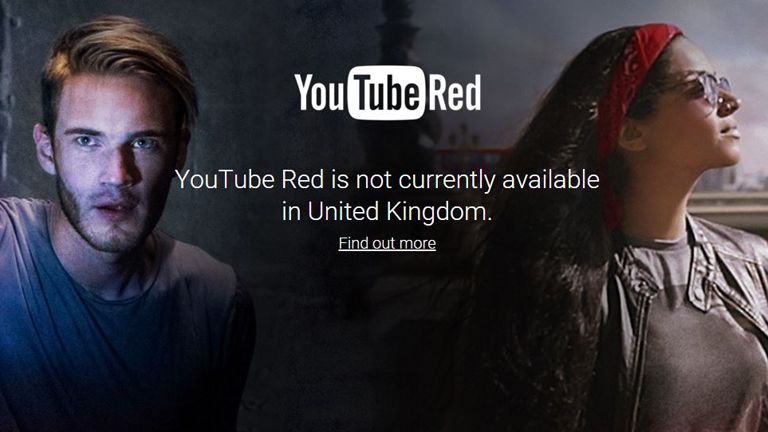 Right off the bat let's get one thing clear, OK. I realise that this is pretty much the epitome of First World Problems.

If having to watch a cringe-worthy advertisement repeatedly for guff like Clash of Clans - just because sometime in your Internet past you bought a copy of Shadow of the Colossus - is the worst thing that happens to you on any given day, then you should probably be thankful to the gods of chaos and just go with the flow. However, that said, we should always want to progress towards the ideal and, in this case, that means never having to watch an ad you don't want to.

Because, at the end of the day, none of us asked for this model right? When the Internet was born did we all cry out in one voice, 'Yes, we demand an out-dated, rigid and constraining system of content funding that, due to vested interests and maintaining the status quo, we want to see staple-gunned to this wondrously new and open information delivery system.' Like hell we did! It had been all the 20th century had known and, as rich people like to get richer and don't want their cash cow to be suddenly shot through the back of the head, they ensured that the archaic model survived.

This is not how we consume TV show content today, so why do we still have its ad-dependent funding model?

And it not only survived but flourished. Today, no matter the content you want to consume - be that news and features, comics, TV, film, music or art - there are pitiful avenues to support that content without having to have Vanarama adverts shoved down your throat every 7 minutes and 46 seconds.

Yes, developments like Patreon and, to a lesser extent, Kickstarter-style platforms are great but, if you look at the mainstream, new content remains very much tied down by the old, ad-mandatory, model. No new content is allowed to pass into your eyes and/or ears unless it's squeezed advertisement time wise for every, single, penny.

Seriously, how many times have you waited months and months for a new piece of content to arrive, often from a creator whose material you repeatedly consume, only to have its epicness and flow butchered by mandatory adverts? Even when the ads are skippable after a pre-set period of time, it's still grossly annoying right?

How many times have you literally decided not to consume a piece of content as, in order to do so, you'd have to sit through another long and irrelevant advertisement? I know I have. There's nothing beautiful and ideal about the ad-mandatory system, it is fractured and if you really think about it, anti-consumer. The system actually works against you at every point. It turns you into a puppet donkey, forever forcing you to chase the content carrot and perform for your advertising overlords.

It's not about money or funding systems either. Yes, 50 years ago the technology was not there to really support alternative funding systems and, the average consumer was less well off than they are today. However, now we live in a gloriously connected age where it is incredibly easy to part with your money and purchase whatever you want.

Online payment systems are now so multitudinous and refined that you can pay for things, automatically, at whatever time juncture you desire. It doesn't matter where the content maker is based, how frequently they produce the content or how much it costs. You can pay them instantly with a couple of clicks on your mouse or touchscreen. It's been this way for years now among the small-scale content producers, so why am I still forced to watch awful nerd wish fulfillment movie trailers, in their entirety, just in order to watch a video that is a fraction of the length whenever I turn to mainstream platforms?

I would pay money not to have to watch any of it, however I literally have no option to do so. I'm trapped, back against the wall, with no other option other than to endure yet another recycled, black and white, cliched, chosen one, coming of age guff-fest in order to watch my content of choice. It's crazy when you really think about it. Adverts aren't necessary anymore, yet here we are in 2016, still enslaved to them.

Come on Netflix, pull the finger out and bring this service to the UK

So, what can be done? Well, for a kickoff, YouTube can stick the afterburners on its YouTube Red service and make it available in more countries. Red is a service where you pay $9.99 a month in order to enjoy the platform cross-device without ads before and during any video, as well as experiencing no banner ads, search ads and video overlay ads.

Yeh, I know, sounds like music to the ears doesn't it?

So, for what we can assume will be in the ballpark of £5.99/6.99 here in the UK if ever launched, you'll be able to enjoy all the à la carte loveliness of YouTube without any of those brutally intrusive, experience shattering ads. And I'm sorry but that is insanely affordable too.

If more than 6 million people can afford to plump up £5.99 for Netflix or Amazon Prime each year in the UK, then I think it fair to say that most interested people could also part with such a figure for YouTube Red. It's the cost of a single lunch meal deal. A pint in Westminster. A… you get it. If major Internet presences like YouTube can pave the way in adopting alternate, ad-free funding mechanisms, just like Netflix did, then others will follow suit.

An ad-free lifestyle, wherever I am and no matter what content I'm consuming, is the dream

Because that's the point isn't it. People on the Internet do want to consume good content and, despite the lies spread by the established players, will pay for it. And an ad-free lifestyle is a major deal maker in making that happen.

Yes, people want value for money, however I would argue that a desire for an ad-free experience is now getting almost as important. Now, more than ever before, people are turning away from traditional content platforms, such as physical magazines, newspapers, broadcast television and even the cinema, in order to consume content online. And they want to consume that content in the best way possible.

For example, I read the Guardian here in the UK, however for years I've only ever bought the newspaper on a Sunday, as the publication didn't offer a digital-only subscription model. As such, I just used the paper's app to access its news and opinion on a daily basis. That though meant I had to swallow constant Guardianista ads for things like beef bone broth (you're drinking stock, idiots!) and granola bars.

That all changed though a couple of months back when the paper introduced a digital-only, premium tier subscription through the Google Play store that is just £2.49 per month. Not only is that affordable but it's £29.88 per year they weren't getting from me a year ago. But it highlights my point perfectly.

I value the Guardian's content, consume it daily and - when given the option to fund it directly - want to pay for its continuation as well as experience it in the best, most seamless way possible. Now I can read how my beloved Arsenal are cocking up the Premier League in an ad-free paradise.

I consider the premium tier, ad-free subscription for the Guardian, which is only £2.49 per month, a good example of what big content producers should be offering

Year after year we get stories - normally originating from those with vested interests - about how the Internet is a Wild West-style, lawless, pirate-filled wasteland where original content only goes to die unless it is locked down with ads and DRM, however that couldn't be further from the truth in my experience.

The explosion of paid for ad-blocker software - which just diverts people's money away from the creators the consumer wants to support - shows you not only that the current model has gone way too far into the realms of exploitation and intrusiveness, but also that desire to shred the old ad-dependent model and the ready willingness of people to pay for for a better online experience.

If one day we get to a stage where traditional content delivery platforms, like broadcast television, manage to break away from the ad-dependent model then that is one thing, however at the end of the day, the Internet is the future of large-scale, mainstream content consumption and it is there that the battle for freeing content will be won or lost. So, to quote the immortal words of Philip J. Fry…