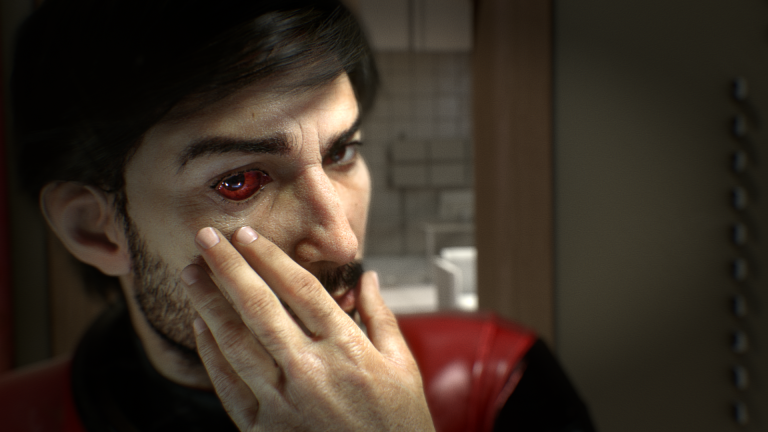 We love science fiction here at T3 Towers as it is often full of amazing technology. We are also huge fans of Arkane Studios which, among many other things, made last year's awesome Dishonored 2. As such, when we found out that Arkane had been working on new science fiction title Prey we simply had to get in touch and find out what it was all about. What follows is an interview with Lead Systems Designer for the game Seth Shain, who filled us in on what looks to be one of 2017's hottest titles.

Before we get stuck in to the interview proper though, you should watch Prey's kick-ass trailer to get a flavour for what the new game is all about:

Can you explain who you are and what your role was in developing Prey?

My name is Seth Shain and I am the Lead Systems Designer of Prey. My specialty is working with programmers, artists, and other systems designers to develop and deliver the gameplay systems and game rules. For example, the player, the player’s arsenal, the AI, the interactive elements, combat, and stealth are all gameplay systems.

Why did you choose to reboot Prey? What specifically about that IP grabbed your attention?

Actually, we built the game we were excited to build, which at a high-level we referred to as a “space dungeon”, and because there were high-level themes in common, we adopted the name Prey. The Prey name is a good fit for the space dungeon we were building. Moreover, Prey is a very good name for a game. It is succinct and easy to remember and it captures the essence of the game’s themes even without any reference to the original Prey IP.

Describe the 2017 version of Prey? What other titles is it similar to?

It is an immersive sim in the tradition of System Shock 2, Deus Ex, Dishonored and BioShock. It has a strong narrative layer that will hook players from the beginning and interesting characters for the player to relate to and conflict with. The gameplay varies from exploration and scavenging to fighting back hordes of hostile aliens to making choices about how to upgrade your character and arsenal.

Narrative is very important in the sci-fi genre. Can you talk about how you approached story telling in Prey?

There are several layers of narrative in a game like Prey. For example, a strong layer of plot will suck players into the story early on. There’s a big twist that give players a reason to explore and discover the truth of where they are and what’s happening. The explicit narrative is delivered via a combination of e-mails, notes, audio logs, voice comms, and in some cases survivors that need your help.

Then there is the world-building layer which is something that Arkane excels at. The world is internally consistent and richly populated with little stories everywhere. One of my favorite moments is walking through the museum in the Lobby and learning the history of how the Talos 1 space station was built along an alternate timeline of history in which we assume JFK had survived the assassination attempt. Then you see this portrait of Kennedy as an old man with white hair and it makes that story feel real.

Of course, environmental storytelling is another powerful tool for supporting the world and giving it life. Bloody footprints leading to a corpse, for instance; or two pillows, two gamepads, and one plate with two forks in front of a screen in an apartment. These vignettes tell the story of who these people were and what happened to them before you arrived.

It’s important for us that players do not experience a dissonance in which the plot is telling them one thing, but the gameplay encounters demand something else. The world must reinforce the plot and the plot must be cogent within the context of the world. Finally, the player’s role and the actions available to the player must also be resonant with the story, the world, and the plot; every element must build on and reinforce every other.

Sci-fi, as a genre, also tends to deal with big ideas, exploring philosophical issues through speculative science and technology. How does Prey tap into this pillar of the genre?

As I stated above, we started with a central what-if question that frames our premise. “What if John F. Kennedy hadn’t been killed?” From here, we assumed the space race to advance along an alternate timeline that didn’t peak at the moon landing but went further. Instead, it led to an expanded spirit of scientific community and collaboration with the Russians. Furthermore, we wondered what would have happened, in those early days of the space race, if a Russian satellite had encountered alien life. These are the big ideas that shaped the entire world in which Prey takes place.

That’s all backstory, however, and we have other philosophical issues that we grapple with during the period in which the game takes place. Core to the game’s premise is the question: What if humans could develop the ability to improve themselves with downloadable aptitudes? How would that shape economies, governments, or even espionage and special ops? Who would be the beneficiaries of such technology? World governments? The super-rich?

Is there any cool technology that players will be able to use in Prey?

The technology that allows a human to install new aptitudes, abilities, and even alien powers is the Neuromod. A Neuromod is a device that rewires your brain to create new connections between neurons. It works by jabbing two needles into your eye, which is actually a pretty good way to get to the brain without cracking your skull open. Neuromod tech is inspired by real neuroscience and, specifically, a field called optogenetics that uses light to control neurons.

Another example of cool new tech is the GLOO Cannon, which takes inspiration from riot foam, a burgeoning technology meant for non-lethal crowd control. The other functions of the GLOO cannon grew organically out of our design process. When we spray GLOO on a wall, it just seems like something we should be able to climb on, so we incorporated that into the design. GLOO is also handy for dousing a fire or resisting electrical currents—it’s a great hazard mitigation tool.

We loved the Dishonored series here at T3. Are there any similarities between Dishonored and Prey?

Both games are first person immersive simulation games. Both are somewhat open and sandbox-like in terms of how the player is expected to overcome obstacles. The similarities end there, however. Prey doesn’t share an engine with Dishonored; the first was built in Unreal 3 and Dishonored 2 was built in the home-grown Void engine, which is based on id Tech. Prey, on the other hand, was built with CryEngine.

Lastly, what is your favourite piece of science fiction?

One of my favourite books is The Forever War by Joe Haldeman. It’s essentially a time travel book where the main character keeps jumping forward in time. The time machine is just a space ship traveling vast distances at relativistic speed. In a round trip, centuries pass and society completely changes out from under him to the point that, returning home, he feels like an alien visiting a strange world. It’s a great read.

For more information about Prey then head on over the game's official website. Prey is available to pre-order now on PS4, Xbox One, and PC, and launches on May 5, 2017.