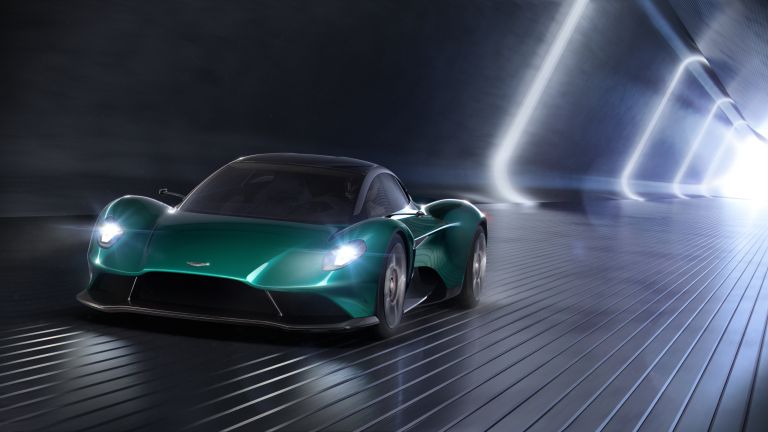 The Geneva Motor Show is where major car makers reveal glimpses into the future, unleashing wild concepts and ideas, as well as everyday updates to well-loved models like the VW Passat and BMW 3 Series.

While the biggest names in the performance car game use it as a platform to unveil forthcoming kidney-pulverising machines.

This year saw Lamborghini wow the crowds with the Huracan Evo Spyder, while Ferrari took the wraps off its Ferrari F8 Tributo and Bentley celebrated its history with the Continental GT Number 9 limited edition.

There was certainly a lot to get us salivating this year, but these are T3's favourite announcements of Geneva 2019.

It was Aston Martin who had the most impressive stand this year, showing off two lust-worth mid-engined supercar concepts aimed at the likes of McLaren and Lamborghini.

The AM-RB 003 is designed in partnership with the Red Bull Advanced Technologies, and will incorporate concepts and technologies taken directly from F1. These include a "FlexFoil", which allows for seamless changes in the wing's design, and a special new "Nexcel" sealed oil system for the engine.

Unlike the ultimate-performance-driven Valkyrie, on which it's based, the 003 will be both more useable and more comfortable.

The Audi Q4 e-tron concept will be the fifth all-electric Audi when it goes into production in 2020. It has a range of 280 miles on a single charge, and has a big focus on sustainability, with vegan Alcantara on the seats and recycled floor coverings.

Audi has also specially developed a new blue paint colour, called 'Solar Sky’. This colour reflects a short-wave fraction of sunlight, reducing heat build-up on the body and in the cabin, meaning less energy is needed to cool the car on hot days.

While most of Volkswagen's stand is taken up with sensible cars like the new Passat and Touareg, one slice is devoted to this fun ID Buggy concept.

Based on the Californian dune buggies of the 60s, the ID Buggy is a modern, all-electric vehicle built on VW's MEB platform. Okay, it's very unlikely that this concept will ever go into production, but we love the idea none the less.

Maybe one of the most important cars of Geneva 2019 is the Polestar 2. It's the first fully-electric car from Volvo's spin-off performance brand, and is designed to bring  "electric performance cars to a broader and increasingly progressive audience".

Alfa Romeo is breaking into the electric car world at Geneva 2019 with the Tonale concept. It's the first plug-in hybrid and the first mid-size SUV from Alfa Romeo, but retains all the stylish design cues we've come to expect from the modern Italian brand.

Details are light on the ground, but we can expect a "Dual Power" mode on Alfa's D.N.A drive selector, which guarantees the maximum output from the two engines,  and 12.3-inch full digital cluster in addition to a 10.25-inch central touchscreen.