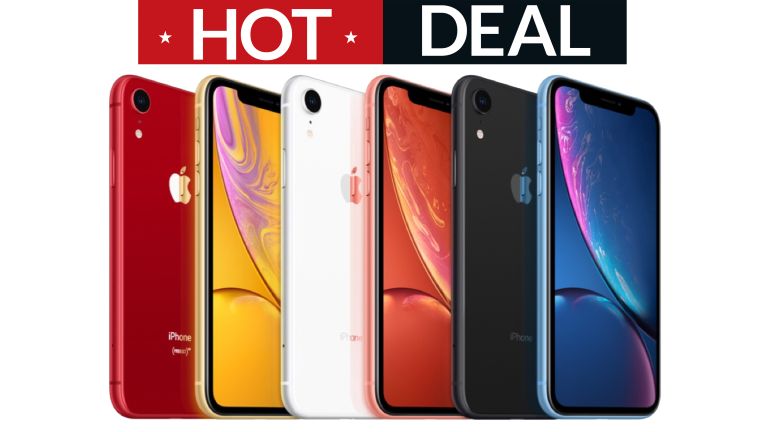 Welcome to the very best Apple deals for January 2020 – collated from all over the web and brought together on a single webpage by the experts at T3.

Whatever type of Apple hardware you're after – from laptops to tablets – we've got the pick of the best deals and discounts right here for you. You don't need to go anywhere else to do your shopping.

We're constantly reassessing the best prices from trustworthy online retailers all across the web, so read on and see if you can bag yourself a bargain – you might not have to pay as much as you think.

Apple might be pushing out into services and streaming television these days, but hardware still represents an absolutely core part of its business – and these devices aren't going to drop in popularity any time soon.

Check back often on this page too, because prices are shifting all the time as new products appear. We had the iPhone 11 handsets, Apple Watch Series 5 and new cheaper iPad unveiled only recently, which of course had a knock-on effect on the pricing of older iPhones, watches and iPads.

Apple's iconic smartphone continues to go from strength to strength, with the newest iPhone 11 handsets – as you would expect – the best ones yet. They've got more camera lenses, more power, a stylish new look, and even a new colour choice or two. For something a little cheaper, the old models are still well worth a look.

The best iPhone 8 deals for January 2020

The best iPhone 8 Plus deals for January 2020

The Apple Watch has proven to be a bigger hit than anyone imagined, dominating sales not only of smartwatches, but watches of all kinds. It's the best smartwatch on the market, mixing great fitness features with really useful app and notification support, plus some health feature that could genuinely save your life. Check out the best deals on Apple Watch below.

The Apple iPad line continues to impress and surprise us, from the high-end, minimal-bezel iPad Pros, to the everyday functionality of the entry-level iPad – all now running iPadOS of course, which makes the line between tablet and laptop more blurred than it's ever been. Check out the best iPad deals we've got below.

Although Apple no longer makes the mega-useful iPod Shuffle or the not-so-useful iPod nano, the iPod touch lives on with broadly the same internals as the iPhone 6.

The iPod touch has been improved recently though - it has doubled in capacity to 32GB and 128GB. There's an 8-megapixel camera, A8 processor plus the M8 motion coprocessor and a 4-inch retina display.

The iPod touch is available in space grey, silver, gold, pink and blue.

The Air was last given a boost in June this year with new Intel processors and graphics.

The rest of the specs are unchanged from the 2016 model, which itself only added an extra 4GB of RAM (to 8GB) across the board.

It has a great heritage as the ultimate ultra-portable and it has been more than eight years since Steve Jobs stood on stage and pulled one out of a manilla envelope. The lineup only includes the 13.3-inch model now, as the 12-inch MacBook took the place of the tiny 11-inch Air.

When choosing an Air you can still opt for one of the older models by shopping in the Apple refurb store, a wise option if you really are limited on cash but know you want a little Apple laptop.

The Touch bar will generally cost you an extra £300. It's an OLED strip of app-specific controls called the Touch Bar. This replaces the line of function keys with a row of context-sensitive shortcuts for use in most apps.

Newer MacBooks may be more portable, but this is still a powerful laptop. The new MacBook Pro for 2015 didn't undergo a dramatic reimagining, but then there wasn't anything particularly wrong with it in the first place. Improvements to its performance mean it's better value than before, and the noticeably improved battery life makes it even more of a mobile workhorse. As ever the cost of adding memory and storage soon sends the price tag into orbit, but even the stock MacBook Pro is an incredibly versatile computer and arguably Apple's best ever laptop.

Take a look at the seriously impressive specs of the 2015 model 15-inch MacBook Pro with Retina display. The Intel Core i7 2.5 Ghz processor combined with 16GB of RAM will make light work of anything you can throw at it. 512GB of super fast flash storage, a new Force Touch trackpad and that incredible four million pixel-packing display make this one of the best laptops in the business.

There's plenty to like on the 2014 13-inch MacBook Pro with Retina display: from the still-impressive display to its excellent build quality, great keyboard and good (but not excellent) battery life. It may not be as portable as the MacBook Air, but it's far from cumbersome and its top notch build quality means you won't be worried about its welfare when carrying it around.

Ever since the famous Bondi Blue iMac debuted way back in 1998, Apple’s all-in-one desktop computer has been setting standards in gorgeous design and powerful performance.

These days Apple is again pushing boundaries with the iMac, blessing all of its 27-inch models with the world’s best display, which has a massive 5K (5120x2880) resolution and a wider colour gamut than previous models.

The best Macbook deals for January 2020

Apple truly redefined the concept of an ultra-portable notebook in 2014 when it released a 12-inch Retina laptop that was just 13.1mm thick!

Despite being the baby of the MacBook family, in many ways it’s a grown-up MacBook Air, designed to be used anywhere, all day and with a new ‘butterfly’ mechanism keyboard that’s better for long periods of typing.

The MacBook was updated in early 2016 with slightly improved specs and a new Rose Gold colour (also available in Gold, Silver and Space Grey) before getting a mid-2017 spec bump as well.

Weighing in under a kilo, it’s Apple’s most lightweight laptop but still packs in a 226ppi pixel density in its 12-inch Retina display. It also features a Force Touch trackpad, which can trigger different responses as you apply more pressure.

After Mac OS for the cheapest price possible? Already got a monitor (and keyboard and mouse) you can use?

Then it's worth considering the Mac mini. It isn't the fastest, but it costs less than half of the other Macs. The point of the Mac Mini is that it's, well, mini - we've seen bigger hard drives than the modest footprint of the sleek silver box.

At 7.7 inches square and just 1.4 inches deep, the Mac Mini won't strike many as a computer at all. The minimalist design with all sockets hidden at the back mean it's one of the most stylish gadgets Apple make. As a trendy metallic square for your home office, it looks the part and is rugged.

Small and powerful, there's little the Mac Mini can't do for general users and a lot it can do for pro users with a few upgrades. You can actually spec out a Mac mini to a pretty high level (for an extra price of course), and it's actually a perfect option for some.