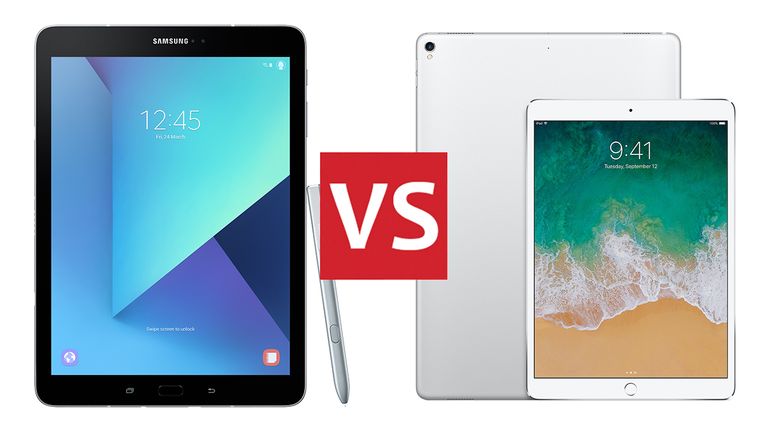 You're no doubt familiar with either iOS or Android from your smartphone, but what about choosing a tablet? Which mobile operating system is top of the tree there? There are in fact a lot of points to weigh up, from the OS to the design to the price you're going to pay.

Here we'll put Android-powered slates up against the mighty iPad range from Apple in all the key categories, to try and figure out which devices win out. If you're thinking about buying a tablet in the near future, don't spend anything without reading through this first.

Apple currently sells four iPad devices: two iPad Pros, a standard iPad, and an iPad mini. Unless you're going to start delving into the second-hand market, that's your lot as far as choice goes. Most people will be able to find an iPad to suit their needs, but there's not a huge selection of current devices.

Android being Android, there are a lot more Google-powered tablets out there, mostly down at the budget end of the market – the Amazon Fire HD tablets, for instance. A lot of manufacturers will sell you a cheap Android tablet, though Google doesn't have a flagship Android tablet of its own, and seems more interested in putting Android apps on Chromebooks instead.

Up at the premium end of the market, Samsung leads the pack with its Galaxy Tab series – if you want a high-class Android experience on a tablet, then the latest Samsung Galaxy Tab is the device to go for. So: more of a choice when it comes to Android, but iPads have most of the bases covered too.

It's generally accepted that Apple's iPads about as good as it gets for tablet design in 2018 – they may not be spectacular in their looks, but they're sleek and thin, and the screens on those two iPad Pro models really catch the eye. For the time being, the Home button remains, but if the iPads eventually follow the iPhone X approach then their aesthetics will be improved even further.

As for Android tablets, it's a real mixed bag. The aforementioned Samsung Galaxy Tab range of devices certainly look the part, though down in the Android tablet bargain basement the designs are less appealing. If you want to get a tablet that looks good as well as running well, be prepared to spend some money to get it.

We'd have to give this round to the iPads, though it really depends on which Android tablet you're going for. On the whole, Google-powered slates tend to go for the cheap and cheerful approach, as devices from the likes of Asus and Lenovo prove. The Pixel C was a nice-looking tablet for sure, but Google no longer sells it.

Tablets have long been an Achilles heel for Android – the OS just doesn't look well-optimised for larger screens, try as Google might to get its software scaling well across displays of all sizes. iOS on the iPad, meanwhile, offers users a bunch of handy features that you don't get on iOS for the iPhone.

Plenty of the big-name apps will still look fine on Android tablets: Netflix, Spotify, Chrome, Microsoft Office, and the like. It tends to be the smaller, more niche apps that haven't been properly designed with Android tablets in mind. Inside apps and within Android itself, you'll often find menus in strange places and lots of empty space.

iPads, meanwhile, get plenty of goodies from iOS: a Mac-style dock, the ability to run apps alongside each other, support for dragging and dropping files between windows, and so on. Many iOS apps, from Apple and others, come with interfaces specifically designed for the larger iPad screen too, so the whole experience is much more elegant.

Another way to look at it is whether you're getting value for money – and in most cases we'd say yes. Spend more money and you're going to get a better quality tablet, that runs apps faster and has a better quality screen, and that's true whether you decide to go for a device powered by the OS from Apple or Google.

There's no clear winner here, except you, the consumer – Android tablets and iPads are different enough to cater to different crowds, and both have their strong points and weak points. Which one is right for you depends what you want to do with it, which OS you're already most comfortable using, and the other devices you own.

For the Apple lover, the iPad is pretty much a no-brainer – it'll work seamlessly with iPhones and Macs alike, and offers a smoother software and app experience than Android can on tablets. There are a pile of official and unofficial accessories around for the iPad too, whichever model you choose.

As for Android tablets, they're good choices for those who want to save some money (maybe if you're getting a tablet for the kids), or those who already use an Android phone. You've got more designs and models to pick from, and deeper integration with apps like Google Maps and Google Assistant.