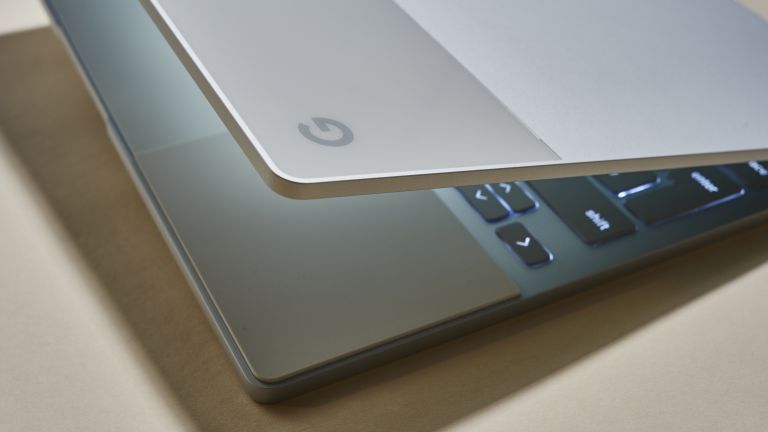 The Pixelbook is a hugely impressive device and wonderfully designed, but you need to know that Chrome OS is right for you before buying.

If you’re in the market for a premium notebook, you are spoilt for choice these days. Long gone are the days when a MacBook Pro was your only option. But there are a plethora of stunning Windows ultraportables, while Microsoft extended and renewed the Surface line-up in 2017.

And now Google has released this – the touchscreen, convertible Pixelbook, which is a Chromebook that’s significantly more expensive than other rivals. Google previously tried to make a premium Chrome OS laptop – remember the Google Pixel of 2013? – but with limited success.

Chrome OS is much more capable these days, especially in terms of offline use, a new launcher and Android app support, while the Pixelbook also features stylus support, though you will need to pay £99 extra to buy the Pixelbook Pen which few will do; a real shame.

It remains difficult to assess where a premium Chromebook fits into the market. Clearly most people prefer Windows or macOS. And it does undercut the MacBook Pro and Surface Laptop and Surface Book line-ups, but not say a MacBook Air or many Windows ultraportables such as most Asus ZenBooks.

Therefore you must be comfortable with using Chrome OS as your main system. If you’re not, then other options should appeal more, though it has to be said that Chrome OS is now more flexible, compatible and easy-to-use than ever. It’s a welcome antidote if you’ve become jaded by Windows’ many and varied quirks.

But it’s made complicated because the hardware on offer here is nothing short of excellent;  what stuns most about this £999 laptop is the look and feel of the device itself.

It’s incredibly thin with a brushed aluminium frame and will turn heads – though the design is slightly reminiscent of Acer’s now-replaced Aspire S7, it’s designed to reflect the design language of the Pixel phone lineup and Google Home as well.

The bezel around the screen is a bit wide for a laptop of this expense though, especially when compared to a rival such as the venerable Dell XPS 13. As far as the controls go, the keyboard is lovely to type upon, with a satisfying (rather than annoying) sound while the glass trackpad is superbly accurate. There are clever design details, for example the rubberized segments of the frame make using the Pixelbook in tablet mode much easier.

For £999 you get 128GB of storage, while you can upgrade to 256GB for an extra £200. Both have an Intel Core i5 processor as well as 8GB of memory. A super-duper version with Core i7, 16GB of memory and a 512GB SSD is coming soon, though it will cost a whopping £1,700. The 256GB model is our pick of the three. All use Intel’s low-power, low-heat Y series chips, so all of the Pixelbook models are fanless. Excellent news.

As a comparison, the equally convertible Asus Chromebook Flip is significantly less powerful than the Pixelbook with a Core m3 processor, but is rather cheaper at £600.

The storage is a lot more extensive on Chromebooks these days, largely because Google realised that it couldn’t get away with pushing everybody towards cloud storage. Local storage is essential for so many things and is key for work offline, of course. While many push the idea of ubiquitous connectivity, the reality is somewhat different and it’s important for laptops to be able to stand alone.

The 3:2 display is a fine screen and is excellent for touch. At 235 pixels-per-inch (ppi), 400 nits of brightness and super colours reproduction, we reckon the display is equivalent to the 227-ppi 13-inch MacBook Pro. The display is great for media, but as with many other ultraportable notebooks the sound is poor and tinny, so you will need a pair of decent headphones. There is a 3.5mm wired jack as you’d expect, plus Bluetooth.

There are two Thunderbolt 3 USB-C ports but you need to expect fewer ports from premium computing devices now. Fast charging is supported, so just 15 minutes hooked up to a power outlet gets you up to two hours of use. What else would we have liked to have seen? Well, for the price, we would’ve liked a biometric login option like a fingerprint reader.

As you’d expect for the price and specification, the Pixelbook performs very well. Honestly, we wouldn’t accept anything less from such an expensive Chromebook, especially considering how lightweight of an operating system Chrome is. In a Full HD movie loop battery test we got nearly eight hours out of the Pixelbook. Google promises 10 hours with mixed use and that’s easily achievable. If you’re just doing basic stuff in Google Docs, well, you might even get more.

The Pixelbook Pen works excellently as a stylus (there’s a button to call up the Google Assistant) and drawing on the display is a pleasure. There’s no perceptible delay which you can’t say for the experience with many tablets. You can use the Pen to perform a Google search around images you highlight. This works extremely well, even for niche searches. Google is so good at this stuff.

Google Keep also supports pen input now and works even from the lock screen. Unfortunately though, the Pixelbook Pen has a rather big flaw and that is that it doesn’t attach to the laptop in any way. We’d prefer that it did, just like the Surface Pen attaches to Surface Pro and Book with magnets. It’s therefore pretty easy to lose. It also uses an AAAA battery. While this is OK, it isn’t as good as – say – the Apple Pencil which is rechargeable via a Lightning cable.

Google Assistant can be accessed either through a dedicated keyboard button or via your voice, though for the latter you need to be logged in currently although Google says that a future update will enable you to wake the Pixelbook with a ‘Hey, Google’ command.

Perhaps the best feature of the Pixelbook is its total support of Android apps and the Google Play Store. As a result, there’s a brand new launcher interface to access these apps. The relationship between Chrome OS and Android has always been muddy at best and it’s nice to have a bit of clarity. Chrome OS is Google’s desktop OS. Don’t expect an Android laptop, it’s for tablets and phones.

All the Android apps we tested in Chrome OS worked without major issue, but there were some compatibility quirks in terms of the screens shown. It’s fine though and there are no actual functionality issues.

Chrome OS has always been designed to be efficient and always feels a lot less resource hungry on a Chromebook than the Chrome browser does on Windows and macOS. But the excellent app support does bring Chrome OS closer than ever to Windows and macOS in terms of its versatility especially now that most of us are used to using mobile apps on a regular basis anyway.

The new launcher is accessible through a key that has replaced what would otherwise be Caps Lock as well as a circular button on the taskbar. Via this you can search for apps and launch them, of course. Caps Lock is now available via a quirky Alt-click combo and, to be honest, is a little annoying even if most of us don’t use Caps Lock that regularly.

So then, the Pixelbook is the best Chromebook ever. And, providing you’re OK with Chrome OS, there’s an awful lot to like. Aside from the fact it’s an expensive piece of tech, it’s unfortunate that the hardware features a low-power Intel processor.

That makes it lacking a little compared to many Windows and Mac rivals at the same price point. And naturally, it would be a much more compelling package if the Pixelbook Pen was included alongside the device itself.

That we can compare it to the Surface or MacBook line-ups should speak volumes as to how impressed we are by the Pixelbook, and how far Google has taken the Chromebook platform since its inception. It is, quite simply, superb. It all hinges on whether you’re willing to go all-in for Chrome OS and pay a grand for the pleasure.

Liked this? Check out 8 best Chromebooks: our pick of the best cheap Chrome OS laptops