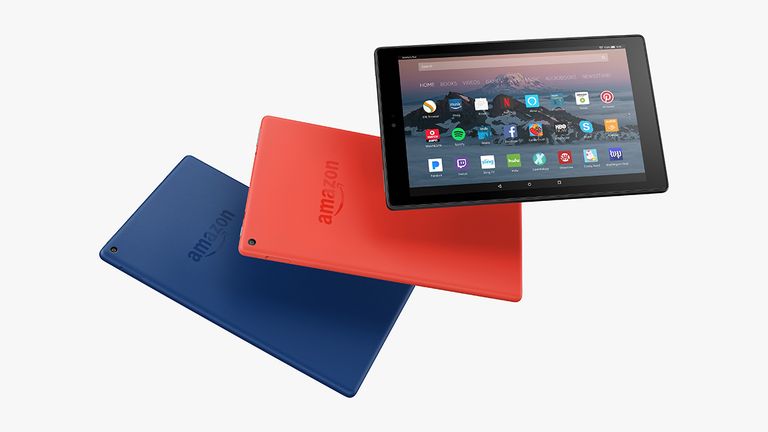 Searching for a cracking deal on a tablet this Prime Day? You’ve likely stumbled upon the Amazon Fire HD 10 and Amazon Fire HD 8. They both look fantastic and come at a bargain price, but which is the better fit for you? Let’s find out.

While the Amazon Fire HD 8 isn’t quite as powerful as the Amazon Fire HD 10, it offers near enough the same feature set for half the price. As such, the amount of similarities between the two Fire-branded tablets far outnumber the differences.

Let's start with their design: The Amazon Fire HD 8 and Amazon Fire HD 10 are near-identical build-wise, with the obvious exception being that the latter is different and therefore measures in a little larger. But the rest is much the same.

There's a camera mounted in the upper-left of the rear of each device with Amazon's traditional A-Z branding in the center. Up top, you'll find the volume rocker, power button, charging port (a bog-basic microUSB) and 3.5mm headphone slot.

The software is also consistent across the two. Both ship running Fire OS, Amazon's modified build of Android, which acts as a one-stop shop for entertainment, thanks to the inclusion of Amazon Prime Video, Audible and the Kindle Store to boot.

You also have the option to deck out either slate with your own applications. A quick trip to the Amazon App Store, for example, can result in you having access to Netflix's entire catalog of content — provided you have a subscription, of course.

What's more, the two come with Alexa on board. It's the exact same version that comes bundled on Amazon Echo, essentially turning the Fire HD 8 and Fire HD 10 into a portable Amazon Echo Show 5, with the added smarts of a tablet mixed in.

Screen size aside, the most significant difference between the Amazon Fire HD 10 and Amazon Fire HD 8 is how they perform. Both look the same and have identical features on board, but have slightly different hardware under the hood.

As a result, the Amazon Fire HD 10 is a lot faster and smoother. It also has louder speakers on board and a higher resolution screen, making it the better out of the two for media consumption — like watching the latest episode of Stranger Things.

Here's how the two differ on paper:

Looking for a tablet to read with the occasional movie and browsing session thrown in here and there for good measure? The Amazon Fire HD 8 is the tablet for you. Why? Because it's smaller, thus more portable, fitting comfortably in one hand.

Whereas, the Amazon Fire HD 10 s aimed at those with entertainment at the forefront — be it games, movies or web browsing — with the larger, high-resolution screen and improved speakers delivering an experience like no other at the price.