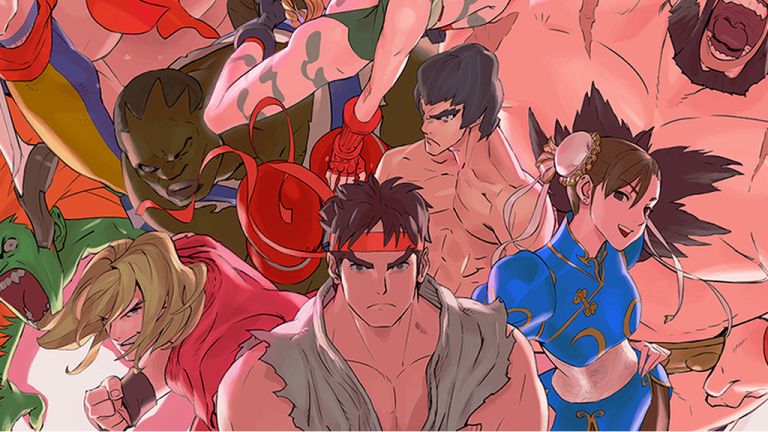 Ultra Street Fighter II: The Final Challengers releases on Nintendo Switch on May 26, 2017, and here at T3 Towers we've being playing the heck out of an advanced press copy of the game.

This new version of the classic fighter - maybe the best versus fighter ever made - is far from a lazy, cash-grab port too, with a massively engorged character roster, game modes, multiplayer match-ups, options, extras and customisations available, meaning that you get a hell of a lot of bang for your buck.

What follows are 10 of the things we like most about Ultra Street Fighter II: The Final Challengers. Before you get to those, however, check out the game's action-filled trailer to get a taste for how it runs and what it delivers:

1. You can switch graphical and audio style modes

One of the coolest things you must check out immediately in Ultra Street Fighter II: The Final Challengers is the multiple style modes, which allow you switch between the game's original graphics and sound and the new iterations. Neat touches like the original graphics maintaining a 4:3 ratio (rather than the new style's 16:9) and an arcade-style surround, as well as the original end boss instead of the new style's mean both offer a genuinely different experience.

2. The character roster is immense

A whopping nineteen characters pack Ultra Street Fighter II: The Final Challengers' roster. That's not at the dizzy heights of say The King of Fighters '98: Dream Match Never Ends, however, it is very large and includes all of your old favourite Street Fighter characters (and a few new ones too; see below). As such, no matter if you were great with Guile, kicked ass with Ken, or liked to roll with your homeboy E. Honda, you're well catered for here.

3. Gameplay mechanics are as slick as ever

One of the reasons why Street Fighter II took over the world in the arcades was its simple and super slick control mechanics, with each character boasting a series of super and special moves that were intuitive and fun to execute. Nothing has changed. Throwing Ryu's Hadouken or launching Ken's Shoryuken is simple and fast, meaning that it only takes players a short amount of time to create fluid and exhilarating match ups.

4. Game modes are varied and interesting

If you're concerned about longevity of gameplay in Ultra Street Fighter II: The Final Challengers then don't be as not only does the game come with Arcade, Versus and Training modes, but also the brand new Buddy Battle mode where two human players can team up against the CPU in a 2-on-1 battle, as well as the super exclusive Way of the Hado mode that allows players to take on the role of Ryu in first person and use motion controls to dispatch enemies.

Ah now this is cool. A unique new colour editor has been added in Ultra Street Fighter II: The Final Challengers that allows you to customise the colour scheme of any character - if you want T. Hawk to wear nothing but pink then all power to your elbow! Also, you can now relive your greatest victories - or defeats - with a cool new replay system that allows you to rewatch a fight at any time.

6. Beginners are well catered for

While the control scheme and game mechanics remain as approachable as ever, real newbies to versus fighters will be pleased to hear that there is a new "Lite" control scheme included in Ultra Street Fighter II: The Final Challengers. This works a little like the on-screen controls in Super Street Fighter IV 3D Edition on Nintendo 3DS, allowing players to execute special moves with just the press of a button or tap of the touchscreen.

It's not just the characters who have benefited from the new style's fresh art direction, but stage backgrounds too. These look crisper and more vibrant than ever, however, they also remain faithful to the originals as well, with background characters performing the same actions and any paraphernalia (random crates anyone?) in the same locations. So whether you liked fighting in Vegas, in front of F-16 fighter jet, or on the roof of a dōjō, you'll be happy.

8. The gallery mode is stunning

This was one of our favourite new features here at T3 Towers. Ultra Street Fighter II: The Final Challengers comes with a simply stunning gallery mode that allows you to access over 1,400 illustrations taken from the superlative art book SF20: The Art of Street Fighter. The calibre of the art is top draw and really helps brings the characters and fiction alive.

9. Evil Ryu and Violent Ken are fun to play as

17 of Ultra Street Fighter II: The Final Challengers' roster are returning characters, with the other 2 being the new additions of Evil Ryu and Violent Ken. Evil Ryu first appeared in the series in Street Fighter Alpha 2, while Violent Ken has never actually being in a Street Fighter game before now, with the character originating in the crossover fighting game SNK vs. Capcom: SVC Chaos. Each character has their own unique special and super moves too.

10. Local and online multiplayer is supported

Lastly, this is without doubt the most connected version of Street Fighter II ever, with The Final Challengers allowing you play against your friends and family both in Versus mode local multiplayer, as well as online against players from around the world in either ranked or causal matches. The fact too that the Nintendo Switch is so portable, with both handheld and tabletop modes to rely on, means that squeezing in a few matches on a commute or at lunch has never been easier.

For more information about Ultra Street Fighter II: The Final Challengers then check out the game's official website.