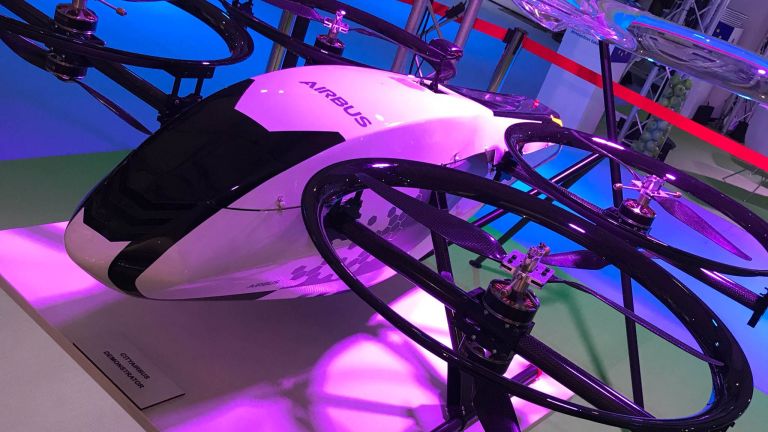 The Paris Air Show is one of the biggest of its type and, as befits this sprawling event held at Le Bourget Airport for the 52nd year no less, there were plenty of very cool things on offer. So, now that the dust has settled and the whiff of aviation fuel has dissipated, let’s have a pick through a collection of the highlights, shall we? Big shows like this are often dominated by the giants of this big money industry, so unsurprisingly it was Boeing that made the most noise with its new 737 Max 10 airliner.

The new version of this passenger jet is the biggest edition yet with the ability to seat up to 230 passengers. At the same time, Boeing is confident that this is the most efficient 737 to date, despite the fact that increased passengers on board will mean slightly less range at just over 3,200 nautical miles. Amazingly, Boeing will be building 47 of these aircraft every month by the end of the year and has a packed order book to justify it.

Airbus, the other major industry player, made less of a buzz with its A380plus, but there were still plenty of cool tweaks to be seen. The move was prompted by less than inspiring sales of the giant airliner, and a handful of core improvements have been incorporated into the design, including beefed up passenger capacity with 80 more seats on offer. Gone are the fancy staircases seen in older models though, in favour of more practical replacements. Meanwhile, increased fuel efficiency thanks to some split winglets that reduce drag make the aircraft look slightly different from the outside. Airbus claims increased fuel efficiency of 4 percent as a result.

Well-heeled customers in search of the latest in private jet models had the new Gulfstream G500 to pick over, with an even more lavish G600 model waiting in the wings too. Compared to the A380 it’s tiny, with just an eight-seat capacity but with rather more in the way of luxury on offer. With posh fixtures and fittings being a given, the other major highpoint with the G500 is its capacity for travelling some 5,754 miles at over 500mph. The G600 will be able to manage over 7,000 miles in one go. That’s a long way.

Away from the big names there was plenty for punters to experience too, with the Boom Supersonic being an interesting curio that could progress from a great idea into reality if things go to plan. The American company reckons that its supersonic airliner design could fly 2.6 times faster than anything else currently on the market and, as a passenger, you’ll be able to do that in opulent business-class surroundings that’ll allow you to stay productive and arrive refreshed. Each passenger has a personal window, direct aisle access and a dedicated overhead bin, with seat dimensions said to be similar to short-haul first class. Judging by the images that looks a lot more impressive than it sounds.

With our roads packed to capacity it’s little wonder that we’re looking to the skies for future transportation needs. However, AeroMobil wants to strike a compromise with its flying car, which not only looks very cool but has the potential to take off; quite literally. In traditional road-going mode the vehicle can reach about 100mph, while taking off involves folding out a pair of very large wings, firing up the rear-mounted propeller and enjoying a range of about 465 miles. It’ll cost in the region of 1.6 million dollars though.

There was also the debut of the SureFly, a personal helicopter that looks like it could work and really captures the imagination. Battery-powered and featuring an almost drone-like design, the piloted version could even end up being superseded by an autonomous edition. Fold down propellors will be carbon fibre, while lift will be boosted by a gas combustion engine. It not only provides juice for the batteries, but also offers a backup in case of power failure. Although it’ll only take two passengers, the craft could be good for around 70 mile hops.

Meanwhile, CityAirbus was another concept, this time from Airbus, which aims to tackle the challenges of urban mobility. Clearly it’s still at the early stages of development bit the self-guided vertical take-off and landing craft – or VTOL – would be able to carry four people in comfort from A to B. However, Airbus is keen to make this craft as efficient as possible by selling it in high numbers and ensuring that it has minimal impact on the environment. It could be one to watch.

Of course, it wasn’t just about the aircraft because what goes on inside the plane is a huge growth area, particularly when it comes to in-flight entertainment and control systems. Panasonic had a new version of its in-flight system on show that aims to make it easier for passengers to access a greater range of options and enjoy more content via apps on smartphones and tablets. Adding to the appeal will be the way you can select movies and more in advance and build up viewing lists ready for when you’re on board.

Similarly, there was much to see on the Thales front, with its Avionics 2020 system promising much and potentially transforming the way aircraft are flown over the next few years. Dubbed the ‘cockpit of the future’, Thales reckons that this latest innovation could shape the way aircraft are piloted and there is a lot less emphasis on mechanical controls. Dominating proceedings are the heads-up and heads-down technology of the design and it has been configured to be easily personalised to suit different clients and requirements. Multi-touchscreen elements sit alongside a wealth of tools aimed at coping with the increased pressures from growing air traffic numbers and ever stiffer emissions regulations.

While VR and AR is in big demand elsewhere, the aviation industry is also keen to keep up with the trend. Dassault Aviation were at the show with an immersive application that gave show goers the chance to get in the cockpit of a Rafale fighter jet. As you can see from the image, the experience looked like being a good one. Although with around 130 real aircraft on the ground and 30 or so others in the skies during the event, the virtual version has a bit of catching up to do before it overtakes the conventional flying machine.