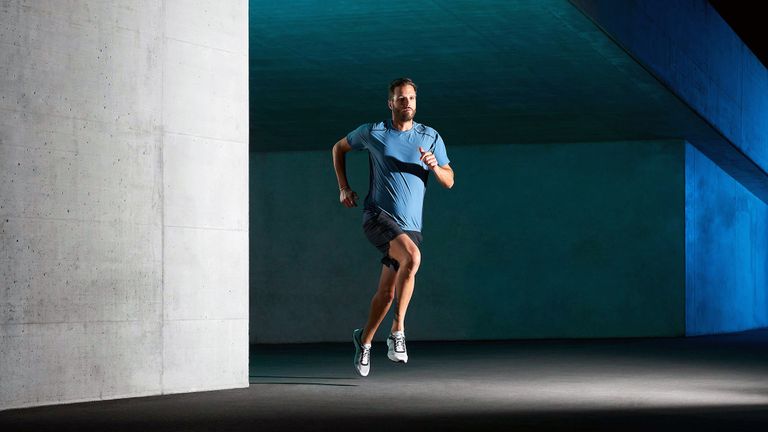 The On Cloudrush arrived in 2017 as a replacement for the On Cloudracer, the original middle-distance speed shoes from the increasingly popular Swiss brand.

Also designed for speed on the road over shorter distances, the Cloudrush is a fast, lightweight, versatile shoe that’s as comfortable over 5km and 10km as it is a marathon, the kind of running shoe you’ll want to slip on when you’re shooting for short distance personal best on the tarmac.

Read more: Adidas UltraBOOST 19 (2019) review: comfy and springy but not one for speed freaks

They’re light, flexible and feature a cut-down version of CloudTec, the patented shoe pod technology, the company claims is ‘made for podiums’.

So how do they stack up against the best running shoes out there? T3’s 10km champ Kieran Alger laced up the On Cloudrush to see if they lived up to their super-fast billing.

A superbly speedy shoe, perfect for racing distances up to 10km, the ON Cloudrush has been one of my go-to shoes for some time.

The first big noticeable difference between the On Cloudrush and your average pair of running shoes is the CloudTec sole. It features 18 responsive, low-abrasion rubber elements – or Clouds – that are designed to compress with each foot strike and then add extra propulsion as you push off.

For the Cloudrush, On has reduced the depth of each of these pods, saving weight and bringing these in at just 220g. This thinner sole makes for a much firmer ride than you’ll get from most Adidas Boost shoes or the new Nike Epic React Flyknit. However, unlike some shoes that are built for speed, there’s still enough cushioning to make these comfortable over the shorter runs even if your form isn’t perfect.

Hidden in the middle of the shoe beneath the clouds there’s an EVA midsole and another On innovation, the Speedboard, covering the whole of the sole. This flexible plate acts much like a taut bow, storing up the energy as your foot lands on the floor and then firing you forward as you lift off and that tension releases.

With 21mm stack height at the heel, and 16mm at the toe, you get a 5mm heel-to-toe drop that will definitely suit people who like a flatter shoe.

On Cloudrush: on the run

If you’re looking to run fast on the road over short distances, the On Cloudrush are definitely worth a look. They’re not quite as extreme as some all out racing flats, rather they offer a light and springy ride that’ll suit most abilities and, with On’s trademark comfortable uppers, they feel like an extension for more control than you’ll get with some over-cushioned shoes.

Interestingly, the Cloudrush definitely benefit from having fewer of the CloudTec pods than you get on some On shoes. The result is that you get a lighter, thinner sole that feels much more connected to the ground. Some runners who are used to a more cushioned ride might not be so keen on the firmness but I felt there was still enough cushioning to make them comfortable. Though I doubt if they’d stay quite as comfy over a marathon distance.

When it comes to the fit of the uppers, it’s hard to quibble with ON, they’ve produced some of the best fitting shoes you can buy and the Cloudrush perform here too. They hug the feet in the right places while leaving jus enough room in the toe box. And thanks to the Cloudrush’s built-in inner sock liner you could even leave your socks at home, if you’re ok with sweaty shoes that is.

There’s an added bonus for people who cross train too, while On won’t pitch the shoes as such, because they’re firm also pretty good when it comes to doing drills like squats and deadlifts too. Handy if you only want to have one pair of run-cum-workout shoes in your bag.

Even though the On Cloudrush are built for speed, they're also ideal for runners who regularly chase personal bests but don’t want to go the whole hog and use a really minimal race shoe.

By mixing velocity with comfort, On has produced a truly exceptional shoe with the Cloudrush. The one colourway – white and black and silver – is also pretty iconic and even stylish, as running shoes go, though runners will probably be more grateful for the reflective details, which will keep you seen and safe once summer is over and it gets dark at about 3pm.