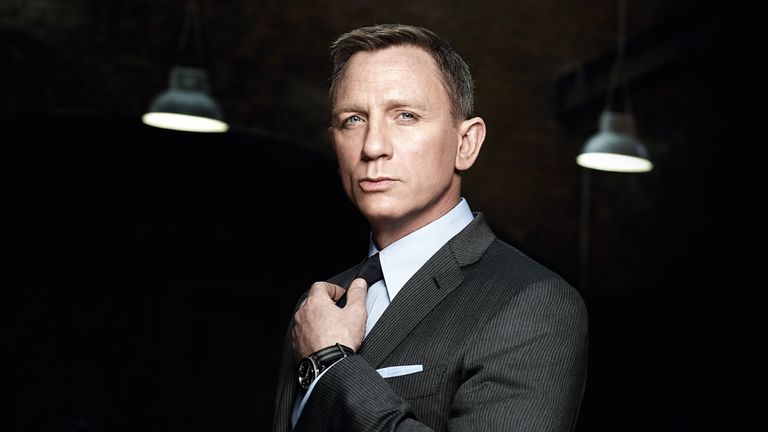 What's the most important element in creating a great James Bond film? The gadgets? Passé. The guns? Old hat. For discerning Bond fans, it's the clothes that really make the man.

Whether he's diving through the blades of a helicopter or racking up the poker chips in a casino, Bond is always dressed to impress. Across 25 films, brands have swaddled Bond in cashmere, wrapped his feet in leather and squeezed Sean Connery into a very brave all-in-one blue playsuit. And, very thoughtfully, they've also released all these products to the general public.

If you've ever wanted to look the part of a debonair MI6 agent, these are the brands to look out for, the ones that helped define 007 and gave him a license to thrill audiences everywhere.

Suits you, sir. Pierce Brosnan had his businessman-like Brioni numbers and Sean Connery's Conduit suits were made by Anthony Sinclair, but Craig's Bond will ever be synonymous with Tom Ford. More specifically, the classic two-button O'Connor suits, a slimming cut that helped the brawny Craig transition between elegant secret agent and Bourne-esque "blunt instrument".

Tom Ford was also responsible for some of Craig's casual wear, including his sunglasses in both Spectre and Skyfall, along with several jackets and cardigans from Quantum of Solace.

Because a great suit needs a great shirt. Turnbull & Asser fitted Sean Connery for a cocktail cuffed shirt at the brand's Jermyn Street flagship store for Dr No in 1962, and Bond has been chasing T&A ever since. The shirts stuck around for Connery's first three movies, but the tailor's knitted tie can also be spotted in Diamonds Are Forever. Just like Connery, you can have a bespoke, made-to-measure shirt crafted for you by T&A's tailors.

For most of Bond's life, Rolex was his watch of choice in homage to Ian Fleming's preference for the brand. However, all that changed in 1995, when Omega swept in and secured its place on Bond's wrist. Since Goldeneye, Bond has been kitted out in successive versions of the Omega Seamaster in an homage to the character's past as a commander in the Royal Navy.

The latest iteration, the Omega Seamaster Diver 300M 007 Edition has been built with "military needs in mind". With an aluminium dial in "tropical" hue, it's slightly slimmer than the standard Seamaster and performs to the industry’s highest standards of precision.

The perennial British outdoors brand, Barbour isn't the first thing you think of when James Bond is brought up. However, one of 007's most attainable outfits has caused a furore, with men across the world clamouring to get hold of the Barbour Beacon sports wax jacket.

In Skyfall, Craig pairs a sky-blue N.Peal jumper and scarf with the jacket. It's a simple, classic look, like all the best looks should be, but it triggered a big stir. The jacket is expensive enough to know you're getting quality, but cheap enough to be attainable for a lot of men as a "statement piece" set to last them years. GQ even named it "the most influential menswear outfit in movie history" on account of the fact it's an unusually attainable on-screen look for the character.

Paired with the Barbour jacket was that robin's egg-blue cashmere sweater from N.Peal, and the brand returns this year: Craig can be seen decked out in some form-fitting tactical, Navy-inspired knitwear on the new poster for No Time To Die. N.Peal are celebrating this collaboration with a limited edition Fifty Years Of Bond retrospective collection.

They've recreated some of Bond's best knitwear moments over the years, including Goldfinger's knitted cashmere tie , On Her Majesty's Secret Service's sky-blue bomber and Live and Let Die's famous black turtleneck. Even Tilly Masterson's black roll-neck sweater made the cut, although it's unlikely to protect the wearer from razor-edged hats.

Masters of casual cool, Sunspel accidentally changed the menswear world after agreeing to tailor Craig in Casino Royale. The Riviera Polo showed Craig looking effortlessly good in beachfront wear, matching it with a slick pair of Persol 2244 aviators. It also tailored a classic white tee to another of his more casual outfits, in collaboration with costume designer Lindy Hemming.

Since then, Sunspel has launched its own Bond collection inspired by the famous superspy's casual wear, including a pair of nylon technical swim shorts inspired by Connery's trunks in Thunderball. Thankfully for those of us not built like Daniel Craig,  there's a bit more material than the famous Casino Royale La Perla trunks...

Goldfinger is famous for many things: the laser scene, the Aston Martin DB5, Oddjob and the bombastic theme tune. But chief amongst this list for fashion fans is THAT sky-blue one-piece playsuit.

Designer swimwear brand Orlebar Brown sought to recreate this last year for its 007 collection, having outfitted Craig with setter shorts in Skyfall's pool scene. While the playsuit will appeal to only the bravest of men, the more conventional beach gear is enviable, from the brand's take on Sean Connery's Goldfinger mid-length trunks (the ones he wears under the suit) to the espadrilles inspired by Thunderball's Bahamas setting.