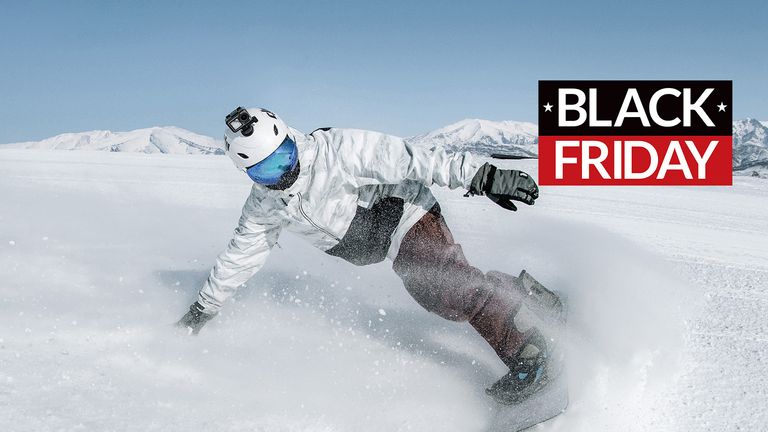 In our DJI Osmo Action review, we awarded it a huge 5-star review, declaring it one of the best in the world. Even though the GoPro Hero 8 Black is our top action camera overall, the Osmo Action isn’t far behind. It even scores some points over GoPro, namely because it has a built-in front display, so when you’re recording to camera, you can see instantly if you’re properly in frame.

The DJI Osmo Action is ideal for action adventure junkies, mountain bikers, hikers and lifestyle vloggers and travel vloggers alike. With such big discounts available, this is a great time to buy it. Here's the deal:

DJI Osmo Action | was | now £229 at Amazon UK
The Osmo Action offers big tech for a smaller price than the flagship GoPros. Vloggers love the colour front screen, and the 2.25-inch rear touchscreen is a joy to use. It’s waterproof to 11m without additional housing, and works with a range of third party mounts.View Deal

DJI Osmo Action | was | now $279.90 at Amazon US
Same wonderful camera as above, but this time on sale at Amazon US. The Osmo Action sports a 90-minute battery life, shoots at 4K30, and is capable of slow-motion shots. It's boasting DJI's brilliant RockSteady EIS for gimbal-like smoothness to your action videos.View Deal

Apart from the game-changing built-in front display, the top features of the DJI action camera include voice control, a generous 90-minute battery life, and the capability to shoot at 4K30. There’s also QuickSwitch fast navigation between HDR, regular video, TimeLapse and other customised modes.

As for ultra-cool slow motion shots, DJI’s action cam shoots up to 8x slow motion at 1080p240. Stills are ace too, with the fun centering around a raft of manual settings: use them to max out the shutter speed at 1/8000s, to boost image clarity in bright sunshine, or drop to 120 seconds for slick, long exposures.

Want to see how the DJI compares to the latest GoPro? Check out our DJI Osmo Action vs GoPro Hero 8 Black comparison review.

Looking for more great deals? Then check out these fantastic sales from other tried and trusted retailers across the globe, covering home, style, travel, tech, toys, sports goods and more: