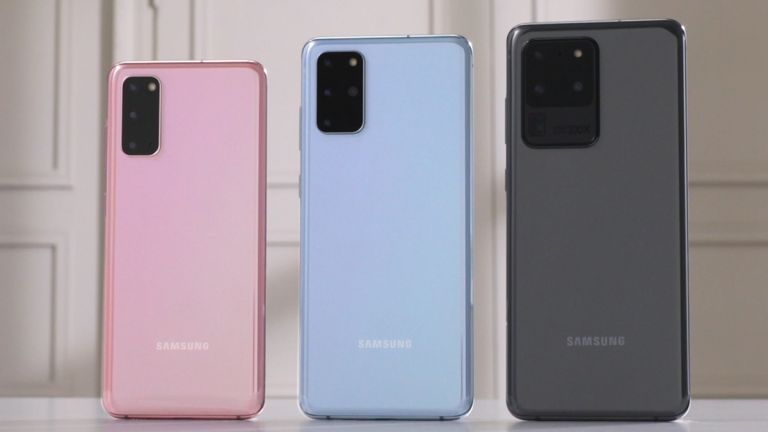 The new Samsung Galaxy S20 phones are here, and they're already causing waves: you can count on these three models being among the best phones of 2020, but you might not be sure about which one is best for you. Don't worry, because we're here to help you pick.

All three phones – the Galaxy S20, the Galaxy S20 Plus, and the Galaxy S20 Ultra – have a lot going for them, and share a lot of components and characteristics. That said, there are also some crucial differences between these three flagships that you should know about.

One of the key differences is the price – which S20 phone is best for you might largely depend on how much you've got to spend. Check the widgets embedded on this page to see the best Galaxy S20 deals currently available on the web, and click through to buy.

With three excellent models to pick from, there's something for everyone in the new S20 range, whether you want the very best in camera technology, or you want a top-notch flagship phone at a reasonable price. Here's how the three Galaxy S20 phones stack up.

All three phones use a punch hole camera notch on the front display, in the centre at the top, and all three have the rear camera array up in a rectangular block in the top left hand corner around the back. The rectangular block for the Galaxy S20 Ultra is bigger because it's holding more cameras.

We've got some colour differences to talk about too: the S20 Ultra is only available in grey and black. The S20 Plus offers the most colours, with grey, black, white, red and two different shades of blue the options you can pick from. Finally there's the standard S20, which comes in grey, blue, pink or white.

Calls:
+ to/from Canada & Mexico
Texts:
Nationwide & International Text to over 200 countries in the world
Data:
Users of more than 75GB+ in month may notice reduced speeds
View
at
Verizon Wireless
We check over 130 million products every day for the best prices
View All Deals
powered by

All three of these phones carry the same processor under the hood: either the Snapdragon 865 chip if you're in the US or the Exynos 990 chip made by Samsung if you're anywhere else. You'll get blazing performance from either one of them, and they'll give you performance that's right up there with the best phones of 2020.

The cameras are perhaps the biggest differences between these phones, with the top-end S20 Ultra coming with a quad core 108MP+48MP+12MP+depth sensor snapper – that equates to 10x hybrid zoom and a massive 100x digital zoom. The S20 and the S20 Plus have to settle for a 64MP+12MP+12MP rear camera, though the S20 Plus adds a depth sensor, and these phones offer 3x hybrid zoom and 30x digital zoom.

All three phones are able to record video in 8K, though make sure you have enough storage space to cope. They all run Android 10 with Samsung's One UI on top, they're all IP68 rated for waterproofing and dustproofing, and they all offer wireless charging. You can also choose between 4G and 5G models in some regions.

Those are quite big jumps in price, so it's going to be something you'll want to factor into your purchasing decision if you're picking between the Galaxy S20, the Galaxy S20 Plus and the Galaxy S20 Ultra. The widgets on this page should show you some of the current contract pricing for the phones.

There are a lot of similarities and some differences between the Galaxy S20 phones, and while it can be tricky trying to pick through what the variants are, it does mean that there's a Galaxy S20 to fit most needs and most budgets. If none of these are for you, you can still get the Galaxy S10 models at some very respectable prices.

Calls:
+ to/from Canada & Mexico
Texts:
Nationwide & International Text to over 200 countries in the world
Data:
Users of more than 75GB+ in month may notice reduced speeds
View
at
Verizon Wireless
We check over 130 million products every day for the best prices
View All Deals
powered by