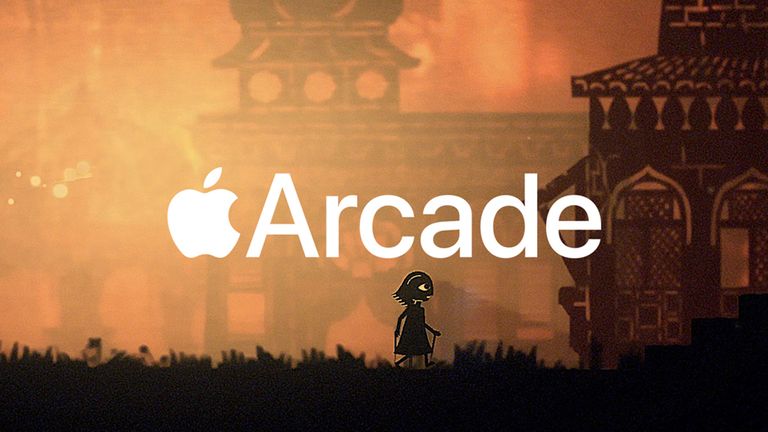 Apple Arcade is up and running, with £4.99 / $4.99 a month (after a month's free trial) getting you access to over 100 games you can play to your heart's content. We're here to point out the best Apple Arcade games, plus some of the gear you're going to need.

First and foremost, you need some sort of Apple device: an iPhone, an iPad, a Mac, or an Apple TV. Not all of the Apple Arcade games are available across all the platforms, but most are. Read on for everything you need to know about the Apple Arcade service.

Apple Arcade: how it works

Put down your monthly subscription £4.99 or $4.99 – and in return you get an all-you-can-eat menu of games, many of them exclusives to Apple (and not available to buy for non-Apple Arcade subscribers).

The benefit of paying your monthly fee – kind of like a Netflix subscription for games – is that you don't then have to worry about in-app purchases or micro-transactions or anything like that. You've paid your fees, and you can play as much as you like.

The success of Apple Arcade is largely going to depend on the quality of the games, and we have to say we're impressed by what we've played so far. Check out the list below for the 10 of the best Apple Arcade games we've come across since it launched – new games are being added by Apple all the time, too.

Apple Arcade: what you need to play

As we've said, Apple Arcade is available on anything running iOS, iPadOS, tvOS or macOS. You can sync your progress across multiple devices, and download and play as many of the Apple Arcade games as you like.

For the full gaming experience, you might want to add a controller: on some titles on the Apple TV, it's essential (because the bundled remote just doesn't have enough versatility). Controllers for both PS4 and Xbox One should work, as well as MFi (Made For iOS) devices from the likes of SteelSeries.

If you see a controller icon on the listing for a game, that means you can use an external controller with it (though you don't necessarily have to). If you're struggling to hit those high scores using the on-screen controls on your iPhone or your iPad, for example, you might want to consider investing in a third-party controller.

Apple Arcade works across Family Sharing plans as well, which means everyone connected to your family account can enjoy all these games for the same £4.99 / $4.99 a month – you don't have to pay for everyone (though all the saved games are kept separate).

There are now over 100 games available on Apple Arcade, with more being added all the time, so you should never be short of something to play. If you do need some suggestions, here are our favourite games out of the ones we've been busy playing up to this point.

Card houses have never been so much fun

+Gorgeous gameplay+Keeps you coming back

A delightfully inventive puzzle/adventure game from the makers of Alto's Odyssey, Where Cards Fall challenges you to work through some beautifully designed levels using card houses – you build and flatten them as needed to get your character across to the exit.

Alongside this inspired game mechanic, you've got an interesting side narrative that explores the ideas of growing up and memories, which adds to the overall charm and atmosphere of the game. Definitely worth investing some of your time and effort into.

+Entertaining from the start+Packed with surprises

The gameplay and graphics are both rather simple, but Sneaky Sasquatch still manages to be a whole lot of fun – as the eponymous creature, your goal is to sneak around the local campsite, stealing food and avoiding the patrolling park rangers for as long as possible.

There are enough diverting challenges along the way to keep everything interesting, and a variety of different characters to interact with – various different parts of the world can be explored, so you don't have to stick to the script when it comes to completing missions.

+Feels like an animated movie+For fans of in-depth gameplay

One of those games that has the story and polish you would normally associate with a movie, Mutazione sees you travelling to an island inhabited by mutants, of the friendly variety. As well as exploring the island, you're also exploring your family history.

The graphics are gorgeous, the narrative is compelling, and you won't want to stop playing this no matter how late in the evening it gets. The perfect antidote if you've grown tired of the crashing and banging and speeding that goes on in a lot of other games on mobile.

Golf, but not as you know it

You've never seen crazy golf as crazy as this: from the second hole onwards you abandon all convention, throwing golf clubs and footballs and armchairs and much more in the direction of the flag, rather than an actual ball. It's barmy and also tremendous fun.

+Prepare to be addicted+More challenging than it looks

How long can you last laying down roads, putting in traffic lights, and easing congestion with motorways before the cars in your city come to a shuddering halt? That's the question asked by Mini Motorways, and it's one of the most addictive Apple Arcade games available.

You get six cities to choose between – Munich, Moscow, Dar es Salaam, Tokyo, Beijing and Los Angeles – and you then have to keep the traffic flowing with some clever route planning, connecting factories to homes as the pace and the congestion starts to build up.

The sort of game you can play for hours

+Easy to play, difficult to master+Unlock more levels as you progress

Our second choice from developer Snowman (of Alto's Adventure and Alto's Odyssey fame), Skate City is, as you might have guessed, based around skateboarding. Build up your speed, execute your tricks, and watch the world (and the time) pass by.

There's some fantastic attention to detail in Skate City, from the ambient sound effects to the shifting backdrops, and you can choose to just keep skating forever (in an endless runner style format) or take on some more specific skateboarding challenges.

Offering more total game time and a bigger world to explore than a lot of the titles currently available on Apple Arcade, Oceanhorn 2 is a Zelda-like adventure across a kingdom packed with variety, puzzles, enemies and areas stand back and admire.

It's the sort of game you can dive into and get immersed in over several weeks, collecting extra bonuses and weapons as you go, and following a narrative that's engaging (if a little unoriginal). Despite all this depth, it's easy to get started and learn the basics, too.

The world of shadow puppets

Projection: First Light is a treat for the eyes, ears and brain, a platform puzzler that hits just the right balance between being fun and challenging you to think. It's based on the world of traditional shadow puppetry, giving the game a rather unique look and way of working.

It's also constantly surprising, as you progress from level to level, figuring out puzzles and progressing the story as you go. It's obvious that a lot of care and attention has gone into Projection: First Light, and that comes through in how rewarding the game is to play.

+Unusual gameplay mechanics+Go at your own pace

Pilgrims is reminiscent of the classic point-and-click adventures of old, but here you're using decks of cards to interact with people and objects, and to push the story forward. The game mechanic is hard to describe, but it makes for a fluid and fun experience.

If you like your games a little more reflective and humorous, then give Pilgrims a go – you'll probably know from the first five minutes whether it's a game for you. There's more than one way to solve some of the puzzles too, so don't be afraid to experiment.

Plays as good as it looks

+Fantastic design and story+High-quality visuals throughout

A relatively short and simple game, but one that oozes quality from every pore. You take on the role of professional repairer and restorer Maria, arriving in a new town ready to fix people's possessions (and – spoiler alert – perhaps a few relationships along the way).

It's a beautifully designed and put together game, with the bulk of the gameplay involving you taking apart and fixing objects, from tape recorders to projectors (don't worry, you don't need any real expertise). It's simple, it's engaging, and it's rewarding – check it out.