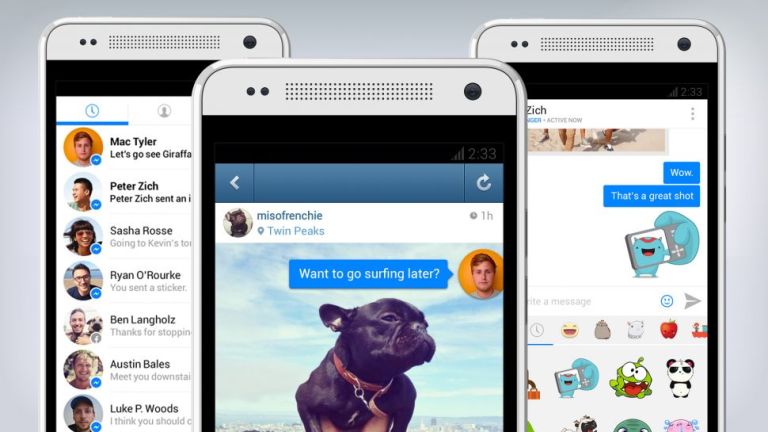 Facebook Messenger is putting more distance between itself and the social network that created it: you can now run the Messenger app on its own without a Facebook account. Or at least, you can if you live in the US, Canada, Peru or Venezuela.

We'd expect more countries to join that rather limited list in the near future but it shows that Facebook is ready to swiftly adapt to the changing habits of users. Everyone's parents are on Facebook now, which is why the kids are swarming to the likes of Snapchat and WhatsApp instead.

That's the same WhatsApp that's owned by Facebook of course.

Instant messaging looked to have died off not so long ago, but private one-to-one apps such as WhatsApp and Line are now phenomenally popular, and Facebook wants a big slice of that market - whether or not you're signed up for the main site.

This is going to be helpful to new users in developing nations who might not want to join up for the full-fat Facebook experience - as well as the rest of us who don't necessarily want our whole Facebook contacts list available in the Messenger app.

It also extends an olive branch to those who've had enough and quit Mark Zuckerberg's social network. Now all you need to get started with Messenger is a phone number, and you can still send photos and make calls as well as sending text messages.