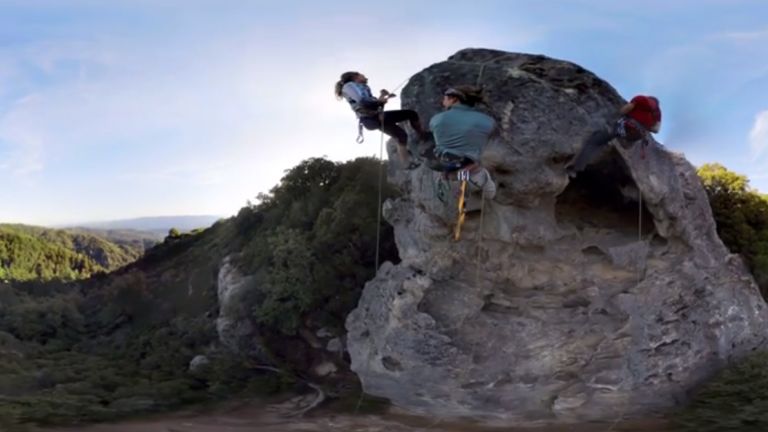 GoPro videos are about to get a lot more interactive. It's just bought Kolor, a French start-up that specialises in spherical videos. What's a spherical video, you say? Glad you asked.

It's basically a video that gives you a full panoramic view that you can pan around using on-screen arrows. That means that while watching a video of a man power gliding, you can look up into the sky above him, at the ground below him, or turn your back on him if you prefer. It's pretty awesome.

Here's a taster of what's possible when you record using a GoPro. Check it out in the Chrome browser at full screen to get the full benefit. Don't forget to press the arrows in the top left to have a nose around.

Not only is this a rather cool little feature, it's also one of the building blocks of virtual reality. Which suggests GoPro has its sights set on the world of VR. The firm has said that the above video, and others like it, will soon be available on the Oculus Rift and Samsung Gear VR. Hope you're not scared of heights.

This could also be big news for gaming. If GoPro can port said videos into totally immersive environments, we could go for a stroll around the desert landscape we filmed ourselves dirt biking around. Or you could fire up a first-person shooter and have a gunfight in the Asda car park (providing you've been there and have recorded it with your GoPro, that is).

Exciting stuff. Now all we need is for the Oculus Rift to actually go on sale, and we'll be laughing.