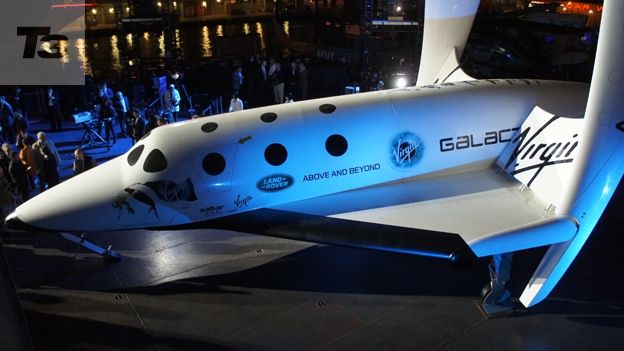 Virgin Galactic could start sending paying customers into space as soon as late 2014 according to lead Test Pilot Michael Masucci.

Speaking at the joint partnership unveiling of Land Rover and Virgin Galactic the ex-U2 pilot explained that they were well into the later stages of flight testing.

"We've had three pilot flights and we've burnt the rocket for up to 20 seconds and gone to an altitude of over 72,000ft. We've done supersonic. But I also remind people, this quite literally is rocket science. So it's hard work, it's not like building a commercial airliner."

Despite this the team is constantly trying to push the envelope of what's possible, Masucci for starters won't rule out the notion that they can go even further and higher.

"So the US Air Force defines space of 50 miles, there's other international numbers up there. But that is the thing, there is no real definition of space, but we are going to get them as high as we can get. We are going to go as long as we can go."

So aside from the ultimate selfie what will these future astronauts be getting for their $250,000 ticket?

"Well the whole experience is going to last several hours. From boarding the mothership to landing. The exact time you'll be in space, it'll probably be several minutes. But it'll be a 2 hour experience from getting on board and start flying. The ride in the actual spaceship will probably be 15 to 20 minutes."

Doesn't sound like very long? If you're waiting for a train then maybe not, but as Masucci points out, this certainly isn't your average journey.

"Oh wow. First of all you'll get the experience of being in the atmosphere. So that's huge, right there. The global view of being able to see the Earth from that perspective. And then you'll get a lot more time of weightlessness. Probably five to seven minutes, depending on how long they can be out their seats, based on re-entry"

So there you have it, with commercial flights looking to start later this year we'd start preparing yourself for the inevitable wave of stellar-based Instagrams.

Fancy your hand at space mining? Or perhaps you'd like a virtual trip to Mars? Check out the new space-themed issue of T3 Magazine available to buy from Thursday 24th April.