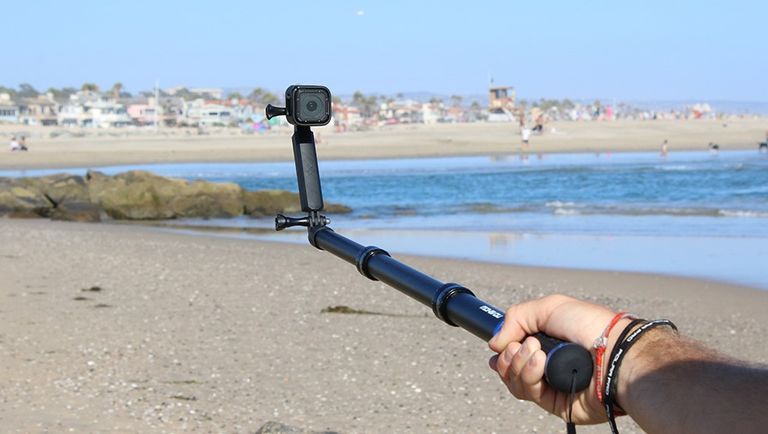 If you're into your extreme sports, there's a good chance you have a little GoPro action camera strapped to your person when you're throwing your mortal vessel down a mountainside or out of a plane. And the latest addition to the family, the as-yet-unreleased Hero 5, could be the most innovative entry to date.

Other than some leaked footage that shows off an updated interface (we'll get to that in a second), a new FCC filing suggests the next flagship action camera from the firm could feature GPS for the very first time. It isn't clear yet just how such functionality would actually be used, but with GoPro's proving so popular across the world, the ability to track your footage live would be a pretty neat addition.

That very same FCC filing also suggests the Hero 5 is also going to the thinnest GoPro action camera to date, making it even lighter and easy to carry around.

A leaked nine-second video, which you can check out below, also revealed a potential makeover for the Hero 5's touchscreen, giving users the ability to edit settings and view recorded footage on an LCD screen at the back of the device. If the Hero 5 is going to thinner in design, we're hoping the LCD screen will be large enough to accomodate those of us with less than dainty digits.

The footage also shows off some potential new options, including 'GoPro Remote' and 'GoPro Sniper'. We're going to take a stab in the dark and assume the later isn't a new utility for military personnel. Still, we're certainly intrigued as to what it could be for...

Via: Zatz Not Funny

Why not check out: This action camera from Olympus is smarter than your GoPro. And possibly you