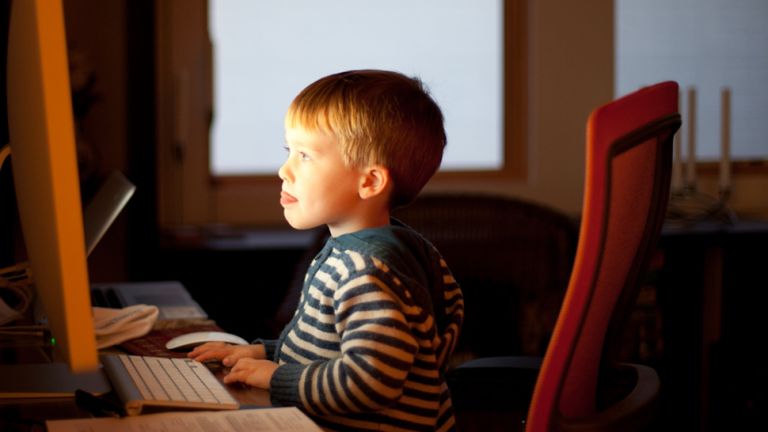 There's no doubt phones, tablets, TVs, consoles and a bunch of other gadgets can be invaluable in entertaining, educating and placating children - but how do you go about making sure your kids aren't spending too long staring at electronic screens?

In fact, parental controls are built into many of the platforms your children are already familiar with - and you can also turn to third-party apps and more traditional methods for putting limits on screen time, should you need to. Here are a few ideas to get you started.

Turn off the internet

From YouTube to web games, a lot of our computing relies on the web these days, so an easy way to limit kids' screen time is to switch off internet access - you could set this on your router through the built-in options, or just change the password every now and again, though that might not be enough to stop older, more tech-savvy kids from getting online.

The options you might have on your router will depend on the model: root out the manual or run a quick web search to check what they are. Some routers let you restrict access to the web on specific devices at specific times, so you could stop your Netflix-loving children from getting online on their iPads while you carry on with streaming movies downstairs.

Use the built-in tools

As far as desktop operating systems go, you can create accounts for your kids that can then be limited in terms of access times and other settings (such as age ratings on apps). As for mobile, although you can get parental controls of a sort on both Android and iOS, there's nothing specifically there for limiting screen time - you really need a third-party app.

We'll get to extra apps below, but first the built-in options. On Windows, you need to head to the Microsoft Family portal on the web and then set up new accounts for your children - you then get the options to monitor their internet use, keep an eye on their spending on the computer, and (the one we're most interested in here) put limits on their screen time.

On macOS, first go to System Preferences, then open up the Users & Groups dialog, and you can then add new managed users via the plus icon (lower right): these new users can be limited in terms of the times they can use the computer for, and the apps they're allowed to run, and all the usual blocks on websites and explicit material are here too.

Finally, on a Chromebook running Chrome OS you can choose Add supervised user from the menu on the account login screen (click the three dots to see it). You can block supervised users from visiting certain sites and see their online activity - it's not possible to limit screen time per se, but you can at least see if your kids are keeping their promises.

You've got a host of apps to choose from when it comes to keeping an eye on your kids and putting boundaries in place. Bitdefender Internet Security 2017, for example, lets you restrict kids' internet time and much more besides for £29.99 and up, while Netsanity can set time and app limits on iOS and Android, with prices from $59.95 (about £46) per year.

UnGlue gives some of the control back to the kids themselves, so they can roll over their allotted minutes to the next day or earn extra time by completing chores (if you let them). It works across mobile devices and computers, it lets you and your children see where the time is being spent, and you can sign up for the service for $9.99 (about £7.75) a month.

ScreenLimit can monitor and limit screen time across multiple mobile devices and computers and will set you back £2.99 a month, while OurPact (from $1.99 or about £1.55 a month) and Screen Time (£2.99 a month) are other options that do a similar job. Those are a few recommendations, but there are plenty of other options out there as well.

Finally, try limiting your own screen time, and your kids may follow - some experts suggest that we grown-ups spend too much time absorbed in technology as well, to the detriment of our kids. Obviously we're not asking you to give up your phone completely, but maybe put it down during your next bit of quality family time and give your tired eyes a break.

Whatever route you go down, try and be open and honest with your children about why you're limiting their screen time and why it's a good idea to go outside and run around in the open air every now and again (or just to go to bed at a sensible hour). The more they understand the thinking behind it, the sooner they might be willing to get on board.