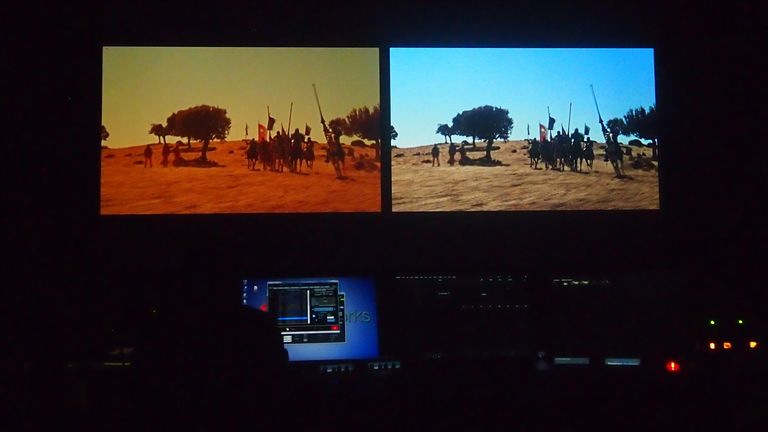 Sony Pictures has announced its Supreme Cinema Series of Blu-ray discs, potentially setting up a wealth of feature films ready for the launch of Ultra HD Blu-ray.

The new series of Blu-rays will debut with Bram Stoker's Dracula in October and will be resolutely 1080p, but they do feature a 4K restoration along with a Dolby Atmos soundtrack.

But with the upcoming launch of Ultra HD Blu-ray later this year we will see actual 4K visuals being packaged on physical media for the first time and Sony's Supreme Cinema Series looks to be the perfect fit. It could also indicate Sony will be preparing a wealth of classic 4K content available for launch.

Sony has been using the 4K restoration of celluloid classics to create its digital theatrical presentations, capturing far more detail and colour from the original source material than the existing remasters.

It has been working on the classics for years, and when we visited its studios back in 2013 it had already restored over 100 movies via its 4K scanners.

On the traditional Supreme Cinema Series Blu-rays those 4K restorations will need to be downscaled back to 1080p to be played on standard HD TVs, but when it comes to Ultra HD Blu-rays on the latest TVs we'll be getting closer to the actual experience of 4K cinema projection in the home than we've ever been.

What classic movies are you looking forward to seeing in their 4K remastered glory?