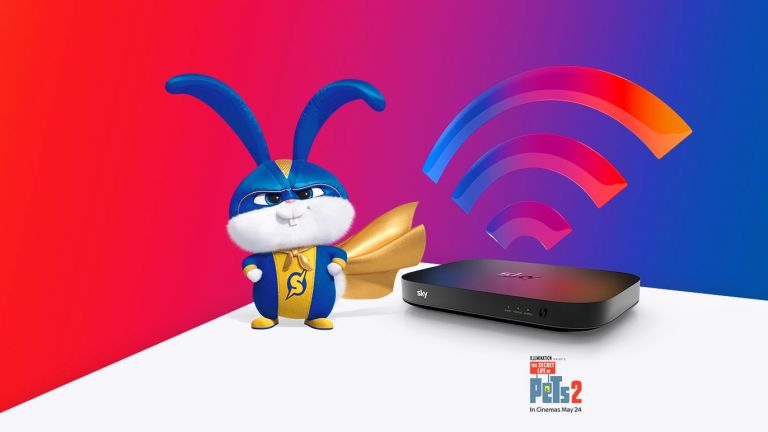 Sky has revealed plans to launch an all-new broadband bundle – dubbed Sky Broadband Ultrafast – designed to bring faster speeds to enable more devices to stream at the same time, watch videos in higher quality, and game online without any trance of a stutter.

According to the UK broadcaster, Sky Ultrafast will give two million households access to over 12 times faster speeds than the standard broadband from Sky. Ultrafast will offer average download speeds between 145Mbps and 285Mbps, depending on which package you're willing to cough-up for.

Given that Netflix only recommends 25Mbps to stream its Ultra HD quality shows, and Google Stadia only suggests 35Mbps to stream blockbuster video games in stutter-free 60 frames-per-second with 5.1 surround sound support, you'll be getting plenty of headroom with the latest Sky Broadband offering.

Ok, but how much does this 12x faster connection cost?

For comparison, Virgin Media offers speeds from 54Mbps, all the way to 575mbps. Prices start from £28 a month, to £37 a month for 362Mbps speeds with broadband and phone only. Those who want the eye-wateringly fast 575mbps will have to sign-up to the V.VIP bundle with television and a bucket load of other extras included.

More than 1.2 million households are able to access the fastest Sky Boradband speeds today. The company will undoubtedly be working hard to bring the speedier connection to more households in the coming months.

Sky Broadband Director, Kathryn Imrie said: "Fast and reliable broadband is an essential part of the family household today, and it’s only going to get more important in future. We want our customers to be able to do even more online, on more devices, without seeing their connection lag or drop.

"As a Sky Broadband Ultrafast customer, you will be able to seamlessly watch an HD movie, while your partner surfs the web and your kids are gaming in their bedroom."