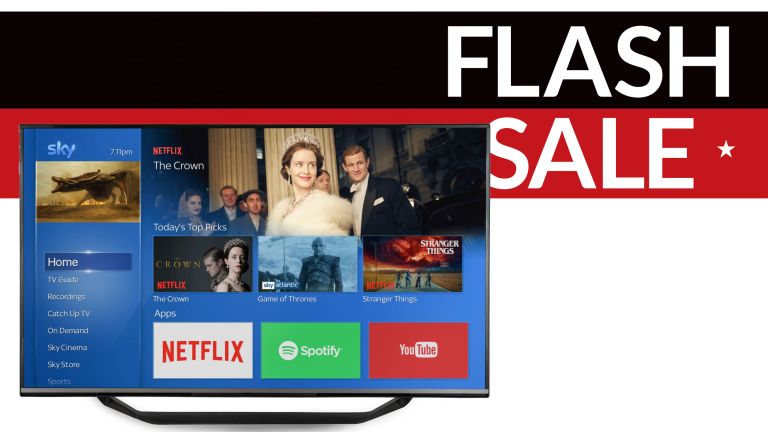 With summer in the rear-view mirror, the shorter days call for some excellent shows, movies and sport to watch on the sofa after a tough day at work. Thankfully, Sky TV has delivered with a stunning new deal for new customers.

The satellite broadcaster has unleashed a staggering new deal that combines its Sky Cinema, Sky Sports, and Sky Entertainment package with the flagship Sky Q set-top box – all in 1080p High Definition. That amount of stuff to watch would usually set you back a princely sum of £61 a month, but the company has slashed that monthly cost down to £47 for new 18-month contracts.

In total, that means you'll save a bombastic £252 over the course of your contract.

That's a real deal. Especially since this bundle boasts access to 300 live channels, including Sky Atlantic – home of Big Little Lies, Game Of Thrones, Veep, Brassic, WestWorld, and more – as well as the premo likes of Sky One, MTV, SyFy, Fox, National Geographic, Discovery, Comedy Central, Sony, and, for the dissolute millennials in your household, VICE TV.

If you're keen to upgrade your set-top box to the flagship Sky Q, dreaming of getting your hands on dozens of catch-up services built into the box – as well as Netflix, all the latest action on Sky Sports and original and Hollywood blockbusters on Sky Cinema, it's definitely worth adding this deal to your basket sooner rather than later.