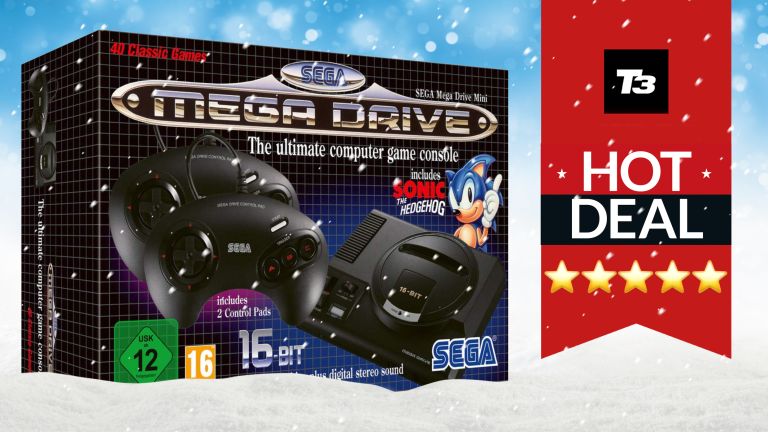 The Sega Mega Drive Mini is one of the absolute best classic all-in-one retro consoles on the market today, coming with over 40 awesome games pre-installed, as well as two controllers out of the box for fun multiplayer action. For retro gamers, we think it is the Christmas gift to give this winter holiday season.

Which is why when we saw that The Game Collection has got the Sega Mega Drive Mini listed for just £54.95 right now, which is almost a tenner cheaper than even Amazon has it available for, we knew we had to bring it to our readers' attentions.

That's a truly great price on the console and, in our opinion, a must-see gaming deal. The full details of the offer can be viewed below:

Sega Mega Drive Mini | £54.95 at The Game Collection
The Mega Drive Mini is Sega's answer to the NES and SNES Mini Classic consoles released by Nintendo over the past couple of years. And, arguably, it is the most accomplished mini console of them all, with the system coming pre-installed with 40 legendary games and a brace of controllers out of the box. Plug and play into any TV or monitor, and within seconds you're in classic gaming wonderland with Sonic and chums. Cheaper than anywhere else at The Game Collection.View Deal

If you like the idea of a small, light, plug-and-play retro console, but prefer something from Nintendo's past catalog rather than Sega's, then it is definitely worth checking out the Nintendo NES Classic Mini or Nintendo SNES Classic Mini. The best prices today on both consoles can be viewed below, too.