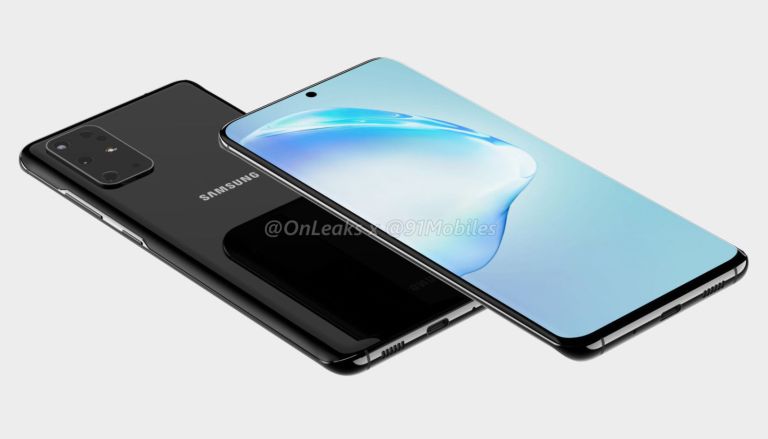 The Samsung Galaxy S11 is getting closer to reality than ever before. Suffering from more leaks than the third act of Titanic, this latest morsel of information shows the Korean smartphone producer has actual, physical copies of the phone in its possession, indicating it's (hopefully) well on the way to that planned early 2020 release.

Leakster-in-chief Iceuniverse, who has a good track record when it comes to Samsung devices, has posted two leaked photos showing what is purported to be the Galaxy S11 handset. Although it's described as being in a "leak-proof case" to avoid spoiling too much, there's no denying the space left for the camera setup, which we can see takes clear inspiration from the latest iPhone 11 Pro and Pro Max smartphones.

The raised module on the back is rectangular rather than apeing the horizontal line of lenses seen on the Samsung Galaxy S10, which clearly reminds us of the square design of the iPhone 11 Pro's camera cluster. The phone is heavily rumoured to support five cameras in addition to a 108MP sensor on its main camera, which it developed earlier this year with Chinese partner Xiaomi. Coincidentally, one of Xiaomi's newest phones, the Xiaomi Mi Note 10, also sports a penta-camera setup with a 108MP main lens. Coincidence? We think not.

The main body of the phone is obscured by the "leak-proof" casing, which makes it difficult to confirm any of the previous rumours regarding the body of the phone. However, news sites 91Mobiles.com and Onleaks have collaborated to give us a look at what they believe the finished article will look like, incorporating all the information that has been leaked so far:

The pinhole remains, but the notch is gone, which lines up with other previously released renders. The camera setup closely matches the photo from Iceuniverse, while the screen is reportedly going to be around 6.7", which the newly-released renderings have been tailored to. The screen is curved slightly in line with the leaked patent, and the phone's body is buttonless, opting for touch-screen sensors instead.

There's not long to go until the (rumoured) launch date, so we hope to see the real thing be unveiled in the next few months. We can't wait to see which rumours were right on the money – and which were non-starters.