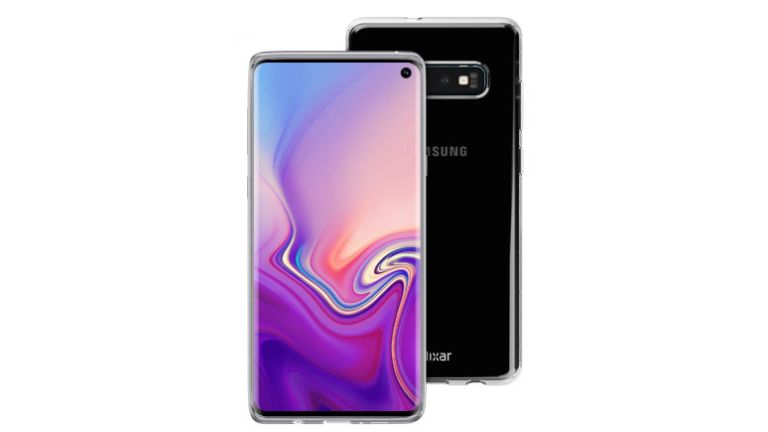 Samsung Galaxy S10 could end up arriving with more than one display.

The secondary screen could be built-in to the protective case for the handset, according to a new patent filed by the South Korean company.

The below image reveals what Samsung has envisioned for the new feature. This illustration comes courtesy of the team over at LetsGoDigital, which managed to uncover the revealing official documents.

The patent describes an official Samsung flip cover case that features both front and rear electrophoretic displays. So think eBook style black and white screens. This could allow information to be displayed on the outside of the phone even when the case is closed. This would allow you to stay connected while keeping your phone protected.

This is, of course, a pretty over the top way of keeping a display on while protecting the other display. Perhaps just make the first screen better protected, ay Samsung?

That said, the idea of a screen on the rear is smart, allowing you to see notifications no matter how the phone is left. This could also be integrated into apps, perhaps allowing you to share a photo with someone stood in front of you while you're scrolling through the gallery on your main screen.

The other really great use could be to see a preview of a photo as you're taking it, effectively turning the more powerful rear cameras into the ultimate selfie snappers.

The case was described as low-power and run by the battery of the smartphone which can charge it wirelessly.

Here's hoping this appears alongside the Samsung Galaxy S10 as a truly game-changing new smartphone and case combo.