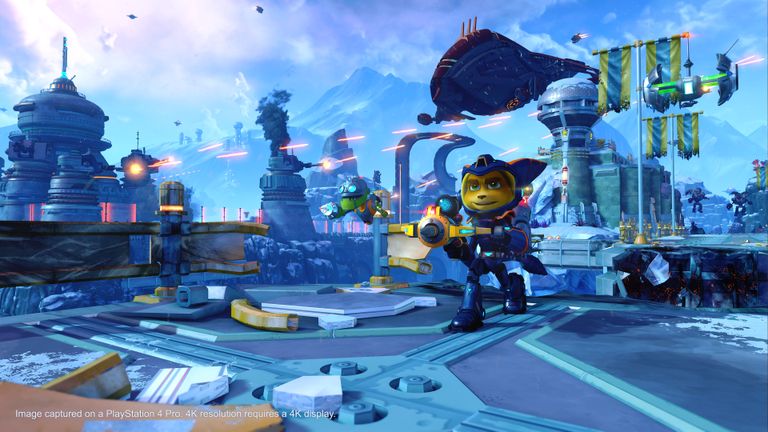 One of PlayStation's most celebrated franchises is coming to the PS5 as a launch titles, if recent reports are to be believed. The news comes via industry insider Colin Moriarty, who shared the details on his podcast, Sacred Symbols.

Ratchet & Clank is an Insomniac Games IP, and first launched in 2002 for the PS2. It's had subsequent sequels that have released for the PS3, and PS4 and has historically been exclusive to Sony's platforms on console.

The 2016 PS4 release was actually a re-imaging of the original game, but also took inspiration from the 2015 film and was well-received by critics and fans alike. Last year, Moriarty alluded to a PS4 sequel, saying “you haven’t seen the last of Ratchet & Clank on the PS4,″ but of course, we're nearing the end of the current-gen console's life-cycles and we haven't heard a peep.

Now Moriarty has piped up once more, saying "we’re going to get a Ratchet and Clank in-between [Spider-Man 2018 and its sequel] on PlayStation 5. I feel like that’s going to be a launch game, the Ratchet and Clank game that’s long been in development at Insomniac.”

Insomniac Games, which is also the studio behind Marvel's Spider-Man, was bought by Sony last year, who made no secret about wanting to further develop the series. Former Sony Worldwide Studios Chairman Shawn Layden said at the time of the acquisition, "we like what they’ve been doing in the Spider-Man franchise, and things like Ratchet & Clank are certainly vital series in the present and future. That’s what we’re concentrating on."

Given Moriarty's insider knowledge, Sony's acquisition of Insomniac, and the importance it places on the Ratchet & Clank series going forward, we think it's more than likely that this rumour has some weight to it.

Of course, there's no official word, and we're still waiting for the PS5 reveal later this month so we doubt Sony is likely to begin announcing its lineup of launch titles before that's happened. But it's a safe bet to place in the interim. You can check out the top PlayStation 5 titles we can't wait to play to see what else we expect to hit the console when it launches at the end of the year.